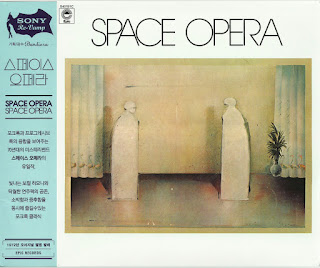 An obscurity from day one, Space Opera is an overlooked classic-rock wonder. Three of the four members of Space Opera (Philip White, Scott Fraser, David Bullock) had previously recorded a stellar country-folk gem in Whistler, Chaucer, Detroit, and Greenhill. As good as that record was, they were still green compared to the fully developed band (adding drummer Brett Wilson) they would become by 1972.

From Forth Worth, Texas, but recorded in Canada, Space Opera forged a familiar rock sound in an unheard context, combining blissful three part harmonies with searing guitar leads and righteous, intricate jams. The reissue is appropriately billed as “12 string prog rock” and while references to the Byrds and Zappa abound in other reviews, it behooves me to agree. Though it is a must; Space Opera combines these musical forces like nothing I have ever heard before. Still, if you have ever hankered for the sounds of local FM radio rock, this is an album you won’t believe didn’t hit the airwaves.

Songs are well developed and near classical in form, developing into finely tuned suites. “Country Max” leads off as the clear “hit” record, remarkably recognizable, it’s the kind of record you feel like you’ve heard a million times. Moodier numbers like “Holy River” and “Riddle” jangle their way into your head with good craftsmanship and memorable refrains. “Guitar Suite” is the album’s instrumental centerpiece that successfully merges prog and country rock during every moment of sound; gnarly double-tracked harmonica and tape effects stealing the show. The recordings are so warm it’s as if the master tapes were filtered through a rainbow of vintage tape machines, and the flutes on “Outlines” even sound suspiciously mellotron-esque. Some of the beauty to this record must be owed to the warmth and grit that you just can’t get with modern digital technology.

More than pleased to discover one like this. Beautiful songs that are truly unheard classics. These fellas clearly understood how to create rock music in a way more advanced than many better known contemporaries and are still awaiting their recognition.
by Brendan McGrath 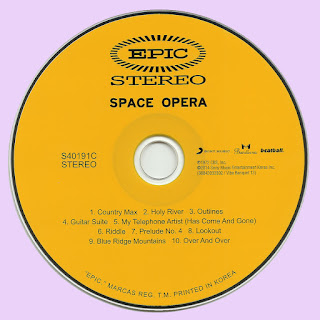 Free Text
Text Host
Posted by Marios at 5:57 AM 9 comments: