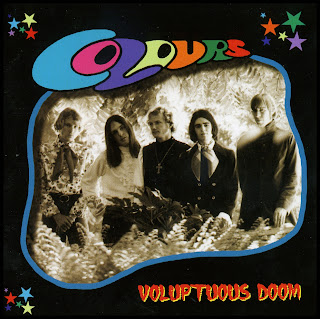 Thank's to Frantic Records for unearthing more forgotten gems of California's rich musical heritage. Having languished in the vaults for close to 40 years, the Colours and Christian tapes finally make their way to CD for the very first time after the fickle hand of fate conspired to deny them the success they so obviously deserved.

If everything had gone according to plan then I'm positive that Colours would be as well known and regarded today as any of the big name Californian groups and that they would have achieved legendary status amongst devotees j& sixties rock.

Their blend of West Coast psychedelia and fey British pop stylings set them apart from many of their peers, the intricate arrangements and lush production coupled with delicate orchestra and beautiful harmonies contrast dramatically with  the loose improvisational jamming that was typical of many of their Bay Area counterparts.

Amid all vibrancy of the Northern California music scene, The   Colours stand out as something special. It's fascinating to hear the transition from Colours' baroque grandeur to the stripped down Rock of Christian. Electric and Acoustic Guitars have replaced the orchestration and ornate  keyboards, indicating the influence of groups such as Moby Grape and Buffalo Springfield, while the British pop leanings are perhaps even more overt evidenced by covers of Hollies and Beatles material.

Listening to these recordings is akin to hearing! a microcosm of the progression of late sixties rock music. That they have remained hidden away for so long is a crime, to be able to hear them now is a wonder. It's time to welcome Christian in to your life. Prepare to experience Colours you! Never dreamed existed.
by Gray Newell 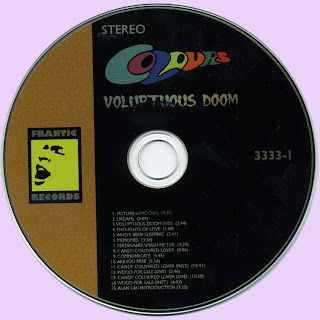 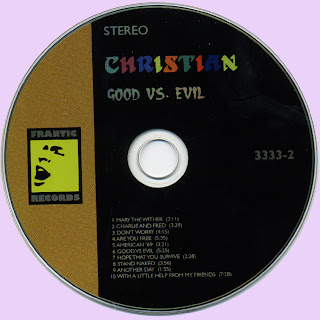 Free Text
Text Host
Posted by Marios at 1:50 AM 11 comments: