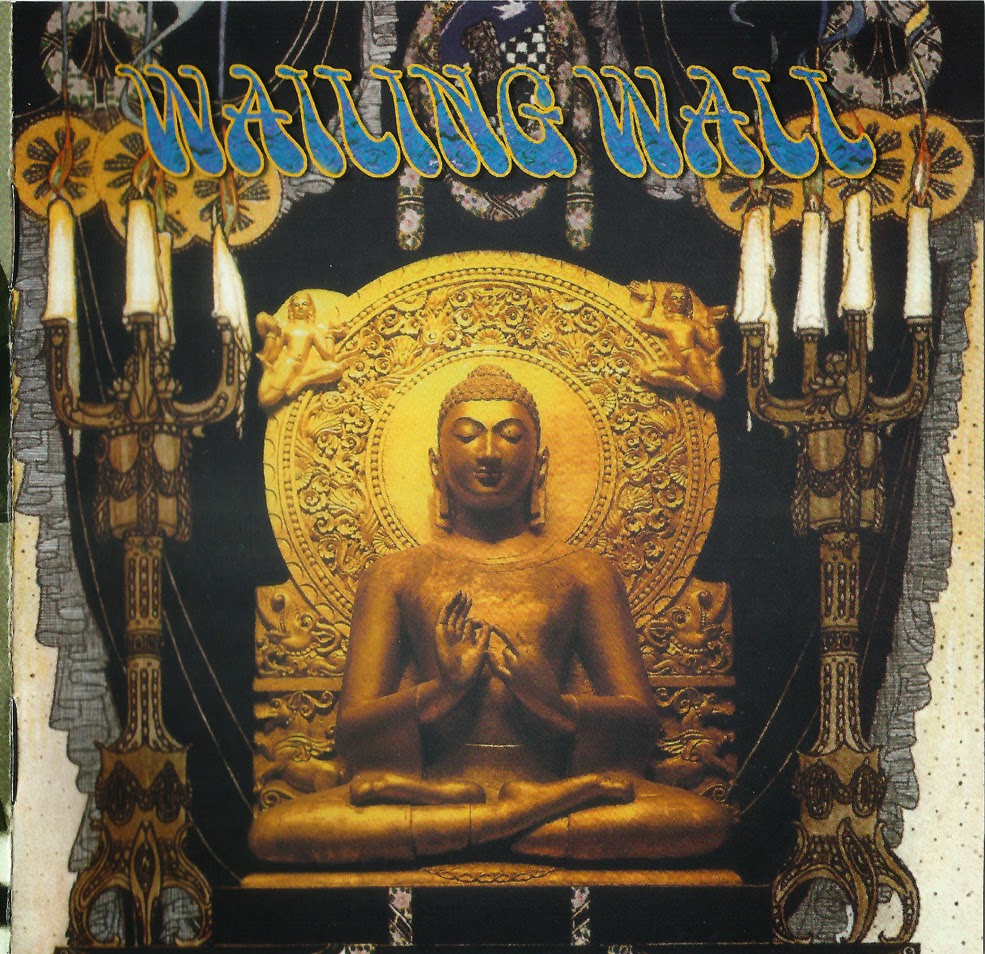 Wailing Wall was formed in El Paso, Texas by guitarist Mike Cancellare who up until this time had been playing in a straight blues trio. Mike recruited David Rutledge to play drums and was searching for a bass player when friend and fellow musician (and my brother) Doug Adams recommended me to round out the rhythm section. We started out playing some blues tunes but knew we wanted to expand our sound so Doug was asked to step in as "front man" and Wailing Wall was ready to roll.

We made our "bread and butter" money by playing at Ft. Bliss/White Sands and other Military Bases Teen and Officers Clubs which were booked by Mike through one of his connections. This was during Viet Nam and things were a bit strained between the young people and the Military brass ("Can you boys tone it DOWN a little?"). The Gl's would always come up and talk to us during the shows they seemed really desperate for some kind of connection to the world outside Army life. At these gigs we played mostly cover versions and tried to sneak in an original when we could.

Our mainstay "creative" gig was at a place called "The Free-Holy" (frijole, get it?) across the Rio Grande River in Anapra, New Mexico. When The Free-Holy first opened, we had just gotten our 4-piece version of the band up to speed, and were lucky enough to be one of the bands on opening night (another Mike connection, I think). Our debut was in front of several hundred of the "hippest" people in the area. We became regulars there and had pretty much a free hand to work out our material in front of a receptive audience. The club, a pretty old adobe building, was run by an interesting individual named Mario, who also let us practice there on evenings when they were closed.

We tried to play out as much as possible. We played around the campus of The University Of Texas at El Paso a lot. We even crossed the border and played gigs in Juarez, Mexico. We played anywhere and everywhere south of the border. Bullrings, Rodeo Arenas and even in the middle of a Soccer field. The only bad part about those gigs were bringing our gear back to the U.S. where, naturally, the Customs Agents made us unload EVERY BIT of our equipment from the van and then repack it again. These were the days when long hair = drug smuggler.

As our popularity grew we got to open for some national acts that made the odd stop in El Paso. Since a "big group" came to El Paso only once every few months, opening for these acts was a big deal for us. We opened for Steppenwolf, Bloodrock, The Chambers Brothers, Johnny Rivers and even Doc SeverinsonH! Some of these shows were at the El Paso County Coliseum which was essentially a big cow barn for Rodeo shows. We also played at UT El Paso Stadium and New Mexico State University's Special Events Center in Las Cruces.

Our first venture out on the "road" found us playing gigs in San Antonio and Austin that Doug had landed for us. Around this time we hooked up with a local character named Larry Gorley who fancied himself as a promoter in the vein of his mentor. Bill Horn (ZZ Top fame). Larry took us on a long and winding road (or rather, he came with us while we drove!) to the Celebration Of Life Music Festival in the swamps of Louisiana. The show was highly unorganized and when Larry saw how pitiful the situation was he high tailed it back to El Paso. We spent most of the day hanging out in our tent and standing in a river trying to keep cool while surveying the scores of naked girls with sunburned boobs. Most of the stoned out hippies slept off their hangovers and we waited for our chance to play. We finally did get to play on one of the "side stages" so we can truly say that we played the "Celebration Of Dog Shit" as David called it.

A serious chunk of our creative work was done at the Upper Valley recording studio of Kenny Smith. Kenny recorded us in a smallish building out behind his house. All work was done on an Ampex 3-track tape machine. As we progressed from just a "live recording documentation" of the band, we got more into layering. I think we got a pretty good sound for a 3-track. The music found on this CD is a result of those sessions.

I can't remember why we called an end to the band I'm guessing it was due to the chaotic nature of the times personalities in and out of the band and things like that. Mike has since gone on as the leader of a blues trio in South Central, Texas and plays a variety of music from Freddy King to Cream to Stevie Ray Vaughn ... Mike was always the one who could talk up the girls. After Wailing Wall David joined what was to be a long- lived local group called Moon Pie Daince Band. He is living in El Paso and still writing music. My brother Doug lives in Novato, California and works in several bands including his own Middle Eastern Influenced "Light Rain" which you may be familar with from their "Dream Dancer" and other LP releases. He also played a short stint in one of the incarnations of The New Riders Of The Purple Sage. I currently live in Mill Valley, California where I have a small recording studio in my home and I still make music, mostly for my own pleasure.
by Darrel Adams 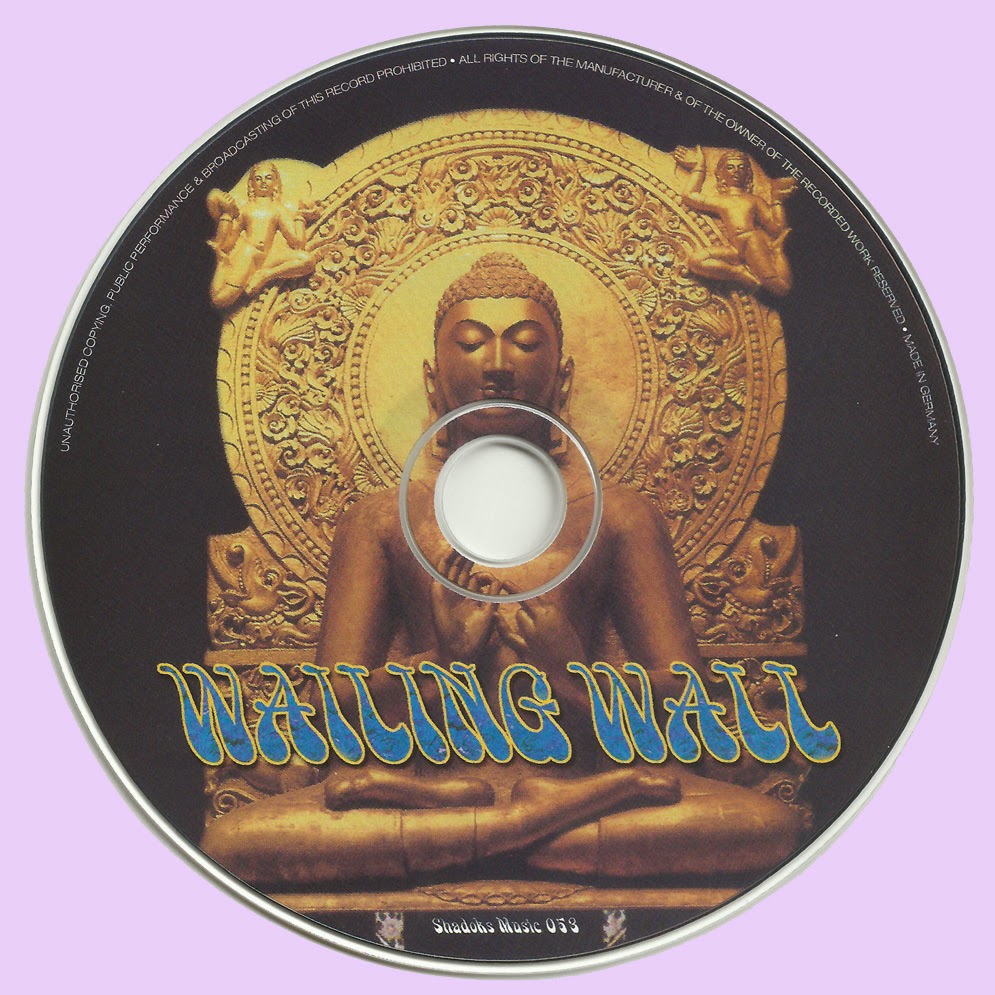 Free Text
Text Host
Posted by Marios at 5:00 AM 4 comments: