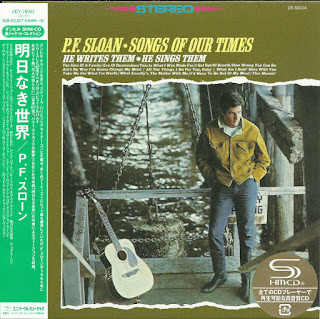 Sloan's solo debut unveiled a singer-songwriter of a more serious, not to say Dylanesque, mindset than was evident on the material he had written for other artists up to that point (and indeed on the material that he continued to supply for acts like Johnny Rivers, Herman's Hermits and the Grass Roots after this album). At times, the Dylan influence was obvious -- "What Exactly's the Matter with Me," for instance, sounds like a pop Dylan with a heavy streak of satirical self-pity.

Yet the strongest half or so of the album revealed a composer of considerable talent. Sloan's own versions of "Eve of Destruction" and "Take Me for What I'm Worth" are starker than the hit covers by Barry McGuire and the Searchers respectively, and "The Sins of a Family" is one of his best and most penetrating works. Other tracks, such as "I Get Out of Breath" and "This Is What I Was Made For," show more of the pop tunesmith in Sloan, and his underrated voice is well-suited for the earnest charm of the material.
by Richie Unterberger 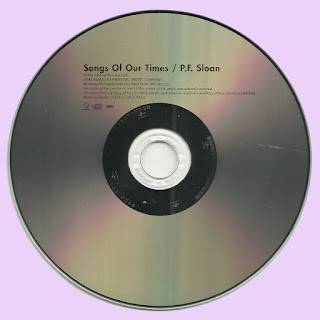