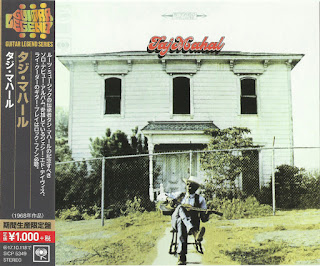 Taj Mahal's debut album was a startling statement in its time and has held up remarkably well. Recorded in August of 1967, it was as hard and exciting a mix of old and new blues sounds as surfaced on record in a year when even a lot of veteran blues artists (mostly at the insistence of their record labels) started turning toward psychedelia. The guitar virtuosity, embodied in Taj Mahal's slide work (which had the subtlety of a classical performance), Jesse Ed Davis's lead playing, and rhythm work by Ry Cooder and Bill Boatman, is of the neatly stripped-down variety that was alien to most records aiming for popular appeal, and the singer himself approached the music with a startling mix of authenticity and youthful enthusiasm.

The whole record is a strange and compelling amalgam of stylistic and technical achievements -- filled with blues influences of the 1930s and 1940s, but also making use of stereo sound separation and the best recording technology. The result was numbers like Sleepy John Estes' "Diving Duck Blues," with textures resembling the mix on the early Cream albums, while "The Celebrated Walkin' Blues" (even with Cooder's animated mandolin weaving its spell on one side of the stereo mix) has the sound of a late '40s Chess release by Muddy Waters. Blind Willie McTell ("Statesboro Blues") and Robert Johnson ("Dust My Broom") are also represented, in what had to be one of the most quietly, defiantly iconoclastic records of 1968.
by Bruce Eder 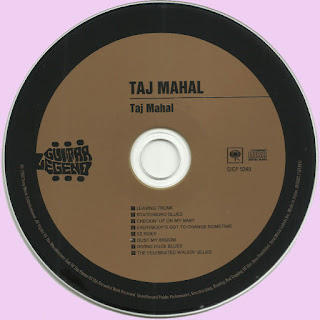