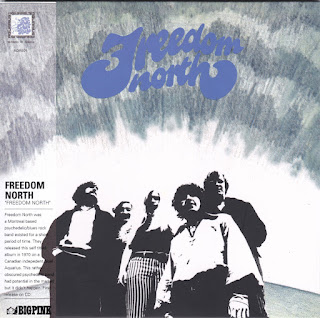 In 1969, Donald K. Donald introduced Franki Hart (The Sirocco Singers, Riverson) to Bill Hill (J.B. and the Playboys) and suggested they join forces with members of Montréalband The Munks (Rick St. Jean, Rene Boileau, Del Desrosiers and Eddie Kaye) to form a new group called Freedom. In 1970, Freedom went into the studio to record an album for Aquarius Records. The line up was Bill Hill (lead guitar), Franki Hart (vocals/piano), Rick St. Jean (vocals/guitar), Les Leroux (bass) and Eddie Kaye (drums). Ron Dann added pedal steel guitar, and Rayburn Blake (Mashmakhan) guested on the song “Doctor Tom” on acoustic guitar.
The album was released on Aquarius under the name Freedom North and was produced by Bill Hill. From Montreal, Quebéc, Freedom’s “Doctor Tom” was released on Aquarius in May 1970 and peaked at #17 on the RPM Top Singles chart in August of that year. The song was released in the US on the Wand label under the name Freedom of Choice. Freedom North toured extensively in Eastern Canada, often with other Montréalbands such as Mashmakhan and April Wine and, as well, performed in concert in Montreal, Toronto and New England. This line-up would include Graham Lear (drums) and Bob Burgess (bass). After the band split up Kaye, St. Jean and Leroux all ended up as part of Don Graham’s band Graham County in 1971; Franki Hart would perform solo in Quebéc throughout the 1970s under the name Frankie Hart and was the backing vocalist on The Wackers’ 1973 LP ‘Shredder’. She also made a guest appearance as part of the Wackers’ 40th anniversary reunion in Toronto in 2011.
by Frankie Hart and Don Graham 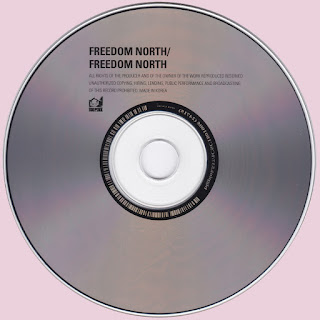