Atlanta Rhythm Section - Back Up Against The Wall (1973 us, splendid southern rock, 2018 japan SHM remaster) 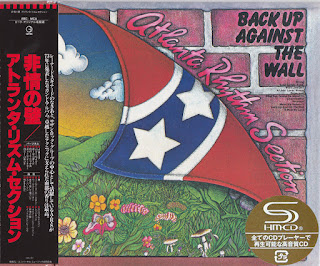 The 11 songs on this album present a mix of up-tempo tunes and ballads-an approach that would become a cornerstone of the group's future success. The pace overall is slower and more restrained than where the group would go with future albums. But it is a beautiful timepiece of a group of talented musicians playing quality songs and working together to establish their collective sound.
There's a mix of tempos, both between songs and within individual tunes, which the band would refine on future records. Two of the songs, the rocking Back Up Against the Wall and the reflective Conversation, would become staples of the band's live set. Eight original songs feature songwriter/producer Buddy Buie's writing in partnership with other members of the band, and three covers are highlighted by a version of Joe South's Redneck.
The album starts off with “Wrong “ an acoustic, mid-tempo song with a country feel. The pace picks up with this rocking, up-tempo song about the "hot time" appeal of a small Southern town on “Cold Turkey Tenn”.
“Will I Live On?” is a beautiful ballad features singer Ronnie Hammond's first breakout vocal performance articulating some eternal questions.  The tempo picks up and shifts repeatedly within “A Livin Lovin Wreck” that also includes harmonica and piano breaks.
Another slower paced song “Superman”, starts as ballad and shifts into blues. “What You Gonna Do About It?” a moderately paced tune musically mirrors the ups and downs of relationships.. “Conversation “ is classic ballad features Hammond's ponderings about a relationship gone bad over a subtle but beautiful musical background.
The opening harmonic wail on “Redneck“ leads into a punchy, up-tempo look at the particular qualities of a certain type of Southerner who receives his proper sendoff. A slower paced song “Make Me Believe It “ that ebbs and flows while examining the search for love.
The title song “Back Up Against The Wall “ is the high point of the album. It's a loping rocker that shows off the band's musical chops and reaches a new level of group energy. The closer “It Must Be Love” is a slower, bluesy song that drives the album home and lets the guitars break out for a glimpse of things to come.
Atlanta Rhythm Section 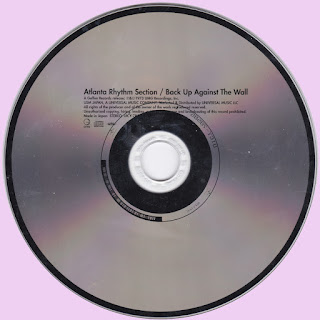