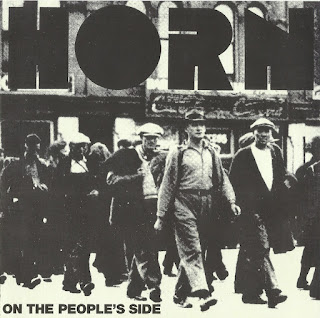 Largely forgotten, even among the crate-diggers, Horn was a Toronto jazz/rock outfit that seems to have fallen off the musical map even though the band contained drummer Bill Bryans (M.G. and the Escorts, the Government, the Parachute Club) and trumpeter Wayne Jackson (Downchild Blues Band). What's more, it appears that TV mogul Moses Znaimer had his fingers in this pie, right about the same time that he was launching Citytv, and starting up the late-night Toronto airwaves with those soft-core Baby Blue Movies.
The band's only release, On the People's Side melds socially conscious lyrics with the then cutting-edge sounds of jazz fusion - that means plenty of Rhodes pianos, vibraphones and trumpet. And though lyrically the record has aged poorly, with its hoary "brothers and sisters" references, the galloping Zappa-esque signatures and Bitches Brew-era riffs raise the stakes somewhat. The lead-off 'Things in Themselves' and the spry 'Vibrations (vee-bra-syohn)' are cases in point, straddling both prog and jazz, and thus infinitely more interesting than the pedestrian fare of the title track or the seventies rock cliches of 'Free All My Brothers'.
by Michael Panontin 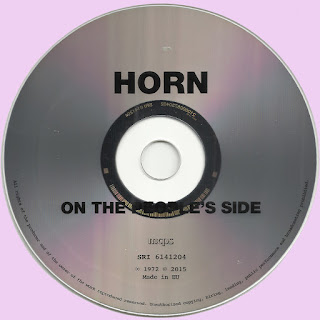