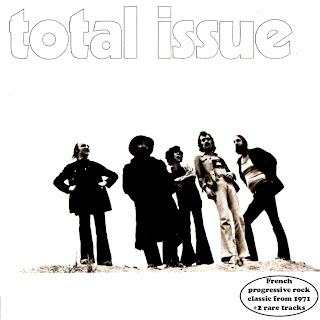 Driven by the momentum, liberating and creative May 68, many groups inspired by the French Anglo-American pop that bloomed on the hexagon.  Total Issue  formed in 1970, made its way into jazz circuits accompanying jazzmen French and American way. Released their  eponymous album on the United Artists label in 1971.

"Total Issue" is the reflection of their time and merges the French song and singing in English. "La Porte Ouverte" is undoubtedly  one of the highlights, it starts as jazzy folk reminds "Cadence and Cascade" by King Crimson less melancholy, melt quickly in an environment where tribal flute warm absorbs us,  and with the  wah – wah acid guitar, turns into a creepy trip.

When we listen to these psych prog jazz influences, we could easily believe that this work could have a different fate if it was released  in the States or Britain,. In fact, we are dealing with an album that lacks coherence can be endearing, easy to listen to but the default will be the work of a French quintet.

When they disbanded the following year, every member took his own road more or less successful. Texier and Romano made a solid reputation on the European jazz scene, both in their own discography and in collaborations with artists such as John abercrombie, Didier Lockwood Beck and Gordon (note that Romaro is sponsoring and honorary chairman Archie Shepp Jazz Festival of Porquerolles Island since its inception in 2002).
by Jimmy James 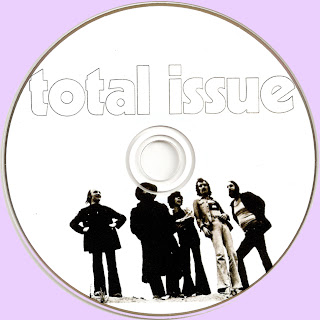 Free Text
Just Paste
Posted by Marios at 3:29 AM 14 comments: