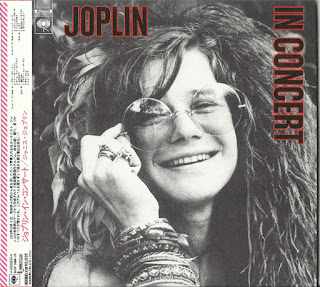 Overall an uneven album, In Concert's highest moments are sublime. The collection is culled from concerts with Big Brother and the Holding Company and Full Tilt Boogie. "All Is Loneliness," with Big Brother, was an improvisational vehicle for Joplin unlike any other, and no other performance of this tune, which conveys a terrifying loneliness, is even remotely similar. The version here was recorded at a 1970 reunion with Big Brother, and Joplin at one point--"There ain't no TV, no radio, no nothin', man"--simply rips your heart out.

We're also treated to the impromptu 12-bar blues of "Ego Rock," wherein Nick Gravenites and Joplin toss blues lines back and forth in an affectionate but competitive repartee. Joplin was looped during the outdoor gigs with Full Tilt. A lot of tequila went down the hatch on the festival train that puffed its way across Canada in July of 1970. It was four months before Joplin died, and her Calgary performance of "Ball and Chain" is inspired, brilliant, drunk, uncanny, and frightening. It's like work from the other side.
by Myra Friedman

About half of this two-record set features Janis Joplin with Big Brother & the Holding Company in 1968, performing songs like "Down on Me" and "Piece of My Heart." The rest, recorded in 1970, finds her with her backup group, Full Tilt Boogie, mostly performing songs from I Got Dem Ol' Kozmic Blues Again Mama! Joplin puts herself out on-stage, both in terms of singing until her voice is raw and describing her life to her audiences. Parts of this album are moving, parts are heartbreaking, and the rest is just great rock & roll.
by William Ruhlmann 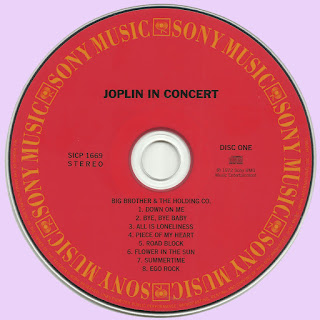 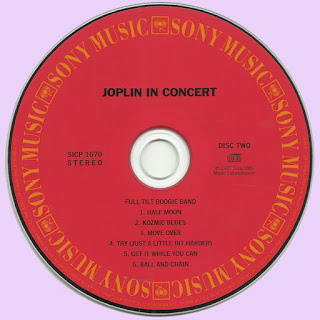 Free Text
Just Paste
Posted by Marios at 4:17 AM 8 comments: