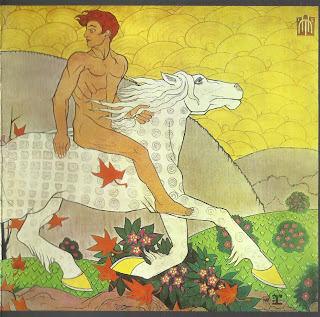 A peculiar news bulletin appeared in the July 12th, 1969, edition of Rolling Stone: Two members of the British blues band Fleetwood Mac were  going to "put Christ on wax," as the headline put it. Singer-guitarists Peter Green and Jeremy Spencer planned to write and produce an "orchestral-choral LP" about the life of Jesus. "The record will be in addition to an album by the full band and a solo LP by Spencer," the report said, then quoted Spencer: "We believe in God, and this is a serious venture."

The Jesus LP was never made. But those few lines in Rolling Stone caught, in eerie miniature, the searching energies and mounting crisis — musical, spiritual, psychological — that soon shattered the classic bluespower Fleetwood Mac that created this record and the vital singles included in this reissue: Green, Spencer, singer-guitarist Danny Kirwan, bassist John McVie, and drummer Mick Fleetwood.

Then Play On was Fleetwood Mac's third studio album — and the only LP made in that lineup's supernova lifetime. Recorded in the late spring and summer of 1969, Then Play On was released in Britain and America that fall. A few months later, in May 1970, Green — Fleetwood Mac's founder and leader — left the band, citing religious convictions. "I want to lead a freer and more selfless life along Christian principles," he told Rolling Stone at the time.

The guitarist, who was born Jewish, had also suffered traumatic experiences with LSD and was showing ominous signs of an illness eventually diagnosed as schizophrenia. Spencer and Kirwan were soon gone as well, the former to a Christian commune in Los Angeles in February, 1971. Kirwan, who was only 18 when he joined Fleetwood Mac in mid-1968, was fired in August, 1972, when his drinking and manic behavior became too much to bear.

Fleetwood and McVie survived the chaos and ensuing personnel changes, carrying the band that Green named after them to a spectacular, multi-platinum rebirth, still going today.  "But the outcome of this album is not what we dreamed of," Fleetwood says now concerning the devastation that followed Then Play On. "I had no idea at the time of the hidden textures, the indicators that Peter was reaching out in songs like 'Before The Beginning' — that he was questioning what and who he was."

Born Peter Greenbaum in East London in 1946, Green was only 20 when he became Eric Clapton's successor in John Mayall's Bluesbreakers. He quickly earned acclaim for his dynamic, melodically incisive approach to Chicago blues guitar, showcased on Mayall's 1967 album, A Hard Road. Green started Fleetwood Mac that summer. McVie also came from the Bluesbreakers. Fleetwood had played in white R’n’B groups, such as The Cheynes and Shotgun Express. And Spencer was a hot, teenaged slide guitarist with a special passion for Mississippi bluesman Elmore James.

By late 1968, Fleetwood Mac had two British hit albums, Fleetwood Mac and Mr. Wonderful, made before Kirwan joined. An early '69 single, Green's dreamy instrumental, "Albatross," went to Number One there. "You're going, 'How on earth did this happen?'" Fleetwood marvels. "We were having hits playing Elmore James. People are drinking their tea in the suburbs of Manchester, watching us on these pop TV shows, and they didn't know we were just doing the same music we played in the pubs."

Still just 23, Green quit Fleetwood Mac in the wake of astonishing work — arguably his best on record, given the troubles looming around the bend. Then Play On, the '69 two-part hit single "Oh Well," and the thrilling, tormented 1970 45 "The Green Manalishi (With The Two Prong Crown)" all capture the first-era Fleetwood Mac at their exploratory peak: blessed with protean guitar talent and inventing a highly personal, matured psychedelia while still grounded in Chicago and Mississippi blues.

The album is also marked by a striking, whispered majesty — part day-glo country, part anguished prayer — in Green and Kirwan's delicately triggered ballads. Then Play On, issued in different, confusing U.K. and U.S. track sequences. The cover and title of Then Play On now come with more pathos than Green and Fleetwood intended. They named the record after the opening line in William Shakespeare's Twelfth Night, a prescription for healing, joy, and amorous comfort: "If music be the food of love, play on." The image spread across the gatefold sleeve — a naked young man riding a white horse — was an Art Nouveau mural by the English painter Maxwell Armfield, originally commissioned for the dining room of a London mansion.

The sessions for Then Play On began that April in London. Fleetwood Mac — an early pillar of the British blues revival imprint Blue Horizon — had a new major-label deal with Warner Bros., and were producing themselves. The engineer was Martin Birch, who continued to work with the band through the early '70s. (Birch was also about to start a long studio relationship with Deep Purple.) But the evolution out of the purism on Fleetwood Mac and Mr. Wonderful had been going on — and moving fast — since the summer of 1968, when the four-piece Mac toured the U.S. for the first time, appearing in psychedelic dancehalls like San Francisco's Carousel Ballroom and mixing with fellow travellers, in blues and roots, such as the Grateful Dead, The Byrds, and Creedence Clearwater Revival.

The Fleetwood Mac that made this album did not survive its creation. But the dreams, drive, and truths in these songs, in the guitars — they play on, as Green intended. "Truly, as a musician, he was ready to move on," Fleetwood says. "The sad part is he didn't feel he could take us. But even when he formed Fleetwood Mac, there was this incredible focus, like making sure it was not his name on there: 'No, I want this to be your band.' I'm not so sure that Peter didn't have a vision that one day, when he left, he didn't want this thing to collapse.

"This was a man," Fleetwood says of his old friend, "who saw things that we could not imagine." And this was his gift, before saying goodbye.
by David Fricke, R. S.  June, 2013 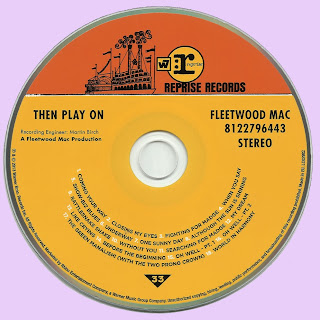