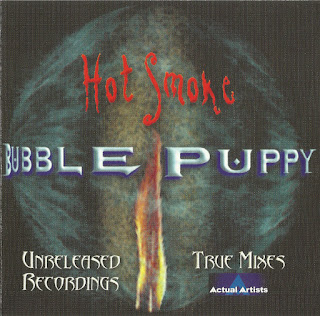 Bubble Puppy was the second-most-famous '60s rock band named after writings by Aldous Huxley. Which isn't to diminish what the Texas psychedelic rock band accomplished during its four-year run, only to say that Bubble Puppy made one album with one formidable hit before bad business sunk the group.

Bubble Puppy didn't last long enough but discerning '60s psychedelic rock enthusiasts still remember the band's hit "Hot Smoke and Sasafrass," a No. 14 single (more for its sound than spelling) in 1969. The band's sole album, "A Gathering of Promises," still sounds vibrant today; less trippy than much psychedelia, and more like a blueprint for '70s hard rock.

Bubble Puppy hit with "Hot Smoke" before it had an album, "another IA oversight," Fore says. Eventually, "A Gathering of Promises" was assembled, and the band had a record to promote. The cover is a brilliant relic of its era, with the four members dressed by a theatrical costume designer.

The band's trajectory at that point should've been upward. But International Artists was unable to capitalize on the success of "Hot Smoke," putting the group on strange tour routes that didn't maximize potential audiences. Bubble Puppy was on the same stage as the 1910 Fruitgum Company, a quintessential '60s bubble-gum band. Despite the differences in sound, the association was difficult to shake.

Bubble Puppy eventually shook free of International Artists, which was on the brink of collapse. The band moved to Los Angeles hoping to start anew, though it left things behind, including some recordings. Andy Bradley, chief engineer at SugarHill Studios, says a majestic 15-minute jam is in the studio's vaults.

The four men of Bubble Puppy didn't find fame out West. They made a terrific album in 1970 that documented the band making a transition from psychedelia into a more direct, powerful style of what would eventually become hard rock. "Demian" yielded no hits, but it remains a collector's item, with sellers seeking $50-$100 on eBay for a copy these days.

It was a self-titled recording because the band also left the name Bubble Puppy in Houston. When the group's members settled on "Demian," they became the second-most-famous band to pull a name from the writings of Herman Hesse, author of "Steppenwolf."

By the numbers, Bubble Puppy was a one-hit wonder. But that shouldn't be read as a pejorative. The band's output is rich and deeper than one song.

"A Gathering of Promises" and "Demian" boast a sound ahead of its time. Both deserve reappraisal and new discovery.
by Andrew Dansby 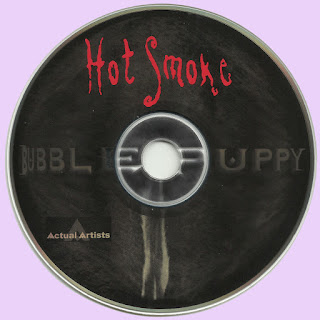 Free Text
the Free Text
Posted by Marios at 6:43 AM 11 comments: