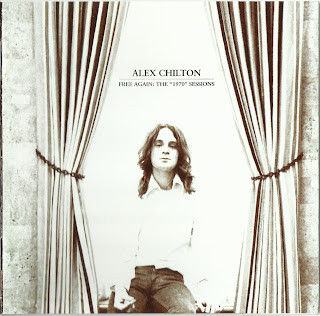 As a fan of The Box Tops and Big Star, I know a decent amount about Alex Chilton's history with the two bands. But what about the period in between?

Free Again: The 1970 Sessions (Omnivore Recordings) explores a time when the singer/songwriter had grown tired of the, well, box The Box Tops had placed him in. Within a year the group had released three albums and a handful of Top 40 singles. The one they're best known for is the first song Chilton ever recorded, The Letter.

What always astounds me is that Chilton was just 16 when he sang that tune. By 18, he was ready to move beyond the soulful singles that had made him famous. The result serves as a bridge between his two acclaimed bands. On The 1970 Sessions, you can hear Chilton experimenting with his vocal range and offering more personal lyrics. One of the best tunes on it, Free Again, could even be referring to his reclaimed independence from The Box Tops.

It's a pleasure to hear Chilton sounding so happy and at ease on this album, which also includes demos and the original mono mixes. The singer even tests the waters with a couple covers: an enjoyable interpretation of the Stones' Jumpin' Jack Flash and a free-wheeling/possibly drunken take on The Archies' Sugar, Sugar and James Brown's I Got the Feelin'. (It may seem cliche to mention this, but I can't help but liken some of these to boisterous Replacements outtakes recorded almost 20 years later.)

Chilton was a big fan of the Beatles and Brian Wilson, and I do enjoy him most on well-crafted pop tunes. Another favorite of mine, the catchy and country-tinged I Wish I Could Meet Elvis, expresses a desire that would've been awesome had it come to fruition:

Chilton released a few solo albums after Big Star dissolved, but I find this one particularly fascinating because of its time period and emotional range. Few 18-year-olds had experienced the rock 'n' roll lifestyle Chilton had by that age, and even fewer possessed the skill to transform it into a lifelong career.

While the release is a welcome one, it also reminds us of the talent lost in 2010, when Chilton died at 59. Listening to The 1970 Sessions, I can't help but wish a few more "hidden" recordings are tucked away somewhere for our future enjoyment.
by Whitney Matheson 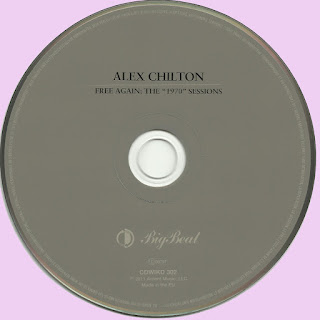