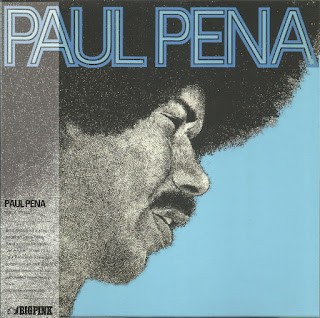 Paul Pena was born on January 26, 1950 in Hyannis, MA, the oldest child of Jack and Virginia Pena. His grandparents came from the Cape Verde Islands off the west coast of Africa. He was born with congenital glaucoma. When he was five, he began school at the Perkins School for the Blind in Watertown - a suburb of Boston. He graduated in 1967 and then attended Clark University in Worcester, MA.

As a young child, Paul soon showed his talent for music. His mother heard him picking out melodies and chords on a baby grand piano that had been found in the town dump and brought home, 'as a toy that a blind child might enjoy.' He developed 'perfect pitch.' Soon Paul was studying the piano, guitar, upright bass, violin and 'a little trumpet.' He played and sang popular jazz and Cape Verdian ballads with his father, a professional jazz musician, and also sang in his school choruses. Paul appeared in a talent show, and while in college, performed in coffeehouses in Worcester.

Paul Pena is a respectable album in that style, but it's a fairly ordinary journeyman effort, albeit without serious flaws. There's a little bit of an early-'70s folky singer/songwriter looseness à la Van Morrison involved as well, though occasionally he gets into a funky groove that was more explicitly Southern soul-influenced. Only "One for the Lonely" comes close to getting a really hooky blues-rock riff into the mix, however. Some of the other tracks have some modest pleasures as well, like the expansive organ of "Something to Make You Happy," which gives the brooding number a San Francisco acid rock tinge. The folk-bluesy "Lullaby" is another of the stronger tracks, with its galloping going-down-the-road feel and unexpected addition of steel guitar (by Jeff Baxter) and harp.
by Richie Unterberger 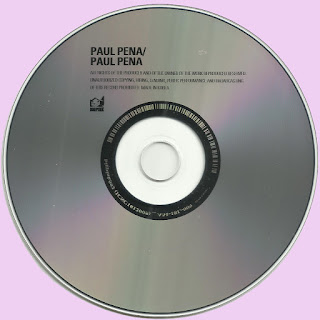 Free Text
the Free Text
Posted by Marios at 8:51 AM 5 comments: