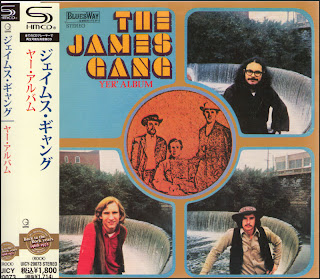 The James Gang's debut LP, Yer' Album, was very much a first record and very much a record of its time. The heavy rock scene of the period was given to extensive jamming, and four tracks ran more than six minutes each. The group had written some material, but they were still something of a cover band, and the disc included their extended workouts on Buffalo Springfield's "Bluebird" and the Yardbirds' "Lost Woman," the latter a nine-minute version complete with lengthy guitar, bass, and drum solos.

But in addition to the blues rock there were also touches of pop and progressive rock, mostly from Walsh who displayed a nascent sense of melody, not to mention some of the taste for being a cutup that he would display in his solo career. Walsh's "Take a Look Around" must have made an impression on Pete Townshend during the period before the album's release when the James Gang was opening for the Who since Townshend borrowed it for the music he was writing for the abortive Lifehouse follow-up to Tommy.

If "Wrapcity (i.e., Rhapsody) in English," a minute-long piano and strings interlude, seems incongruous in retrospect, recall that this was an eclectic era. But the otherwise promising "Fred," which followed, broke down into a pedestrian jazz routine, suggesting that the band was trying to cram too many influences onto one record and sometimes into one song.

Nevertheless, they were talented improvisers, as the open-ended album closer, Jerry Ragavoy and Mort Shuman's "Stop," made clear. After ten minutes, Szymczyk faded the track out, but Walsh was still going strong. Yer' Album contained much to suggest that the James Gang, in particular its guitarist, had a great future, even if it was more an album of performances than compositions.
by William Ruhlmann 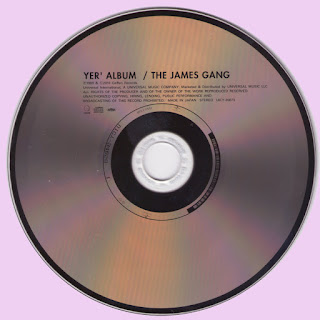 Free Text
Just Paste
Posted by Marios at 11:35 AM 8 comments: