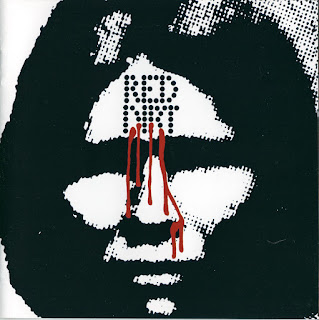 Red Dirt were a blues band formed in East Yorkshire around 1968 comprised of Dave Richardson (vocals), Steve Howden (guitar), Kenny Giles (bass) and Steve Jackson (drums) who built up an impressive live reputation in clubs and venues in the North of England. They were subsequently signed to Morgan Bluetown, When released in 1970, on the Fontana label, their self-titled debut album sunk without trace and legend - or rumour - has it sold something like 100 copies. In the last forty years Red Dirt has become a rare and expensive album with more people having heard about it than actually seen an original copy. Although valued in the 2010 edition of the Record Collector Rare Record Price Guide at E650 copies have sold for over £800 on eBay.

But what was the story behind Red Dirt? Amazingly, when Record Collector announced the first vinyl reissue of the album in late 2009 the article was read by an aspiring American journalist Betsy Green who was in touch with original guitarist Steve Howden, now working as a delivery driver in Hollywood. Green interviewed Howden and four decades later we finally found out that the band came together after drummer Steve Jackson approached Howden in a pub in Bridlington in their native East Yorkshire. Howden was keen and Jackson's friends Kenny Giles and Dave Richardson were drafted in on bass guitar and lead vocals. Richardson had worked with future Hull legend Mick Ronson as well as Michael Chapman.

The band attracted the interest of Morgan Bluetown who signed them. Red Dirt were put into the studio with producer Geoff Gill. "We recorded the album in Morgan studios London," recalls Howden, "McCartney finished his album in there which was a big buzz for us. They booked us in from midnight onwards, to six in the morning and the album didn't take that long, around twelve hours I think. They managed overdubs for the vocals to get them right but I don't think they ever put them on. It was all very rushed and was only ever released in England" In fact the album was licensed by Morgan to the Fontana label who released Red Dirt in 1970 and it literally vanished without trace.

There has been much speculation in recent years as to whether legendary record sleeve designer Barney Bubbles was responsible for the eye-catching sleeve image of a red Indian with 4 bullet holes in his forehead dripping blood. The rear sleeve credits the design to Teenburger, Bubbles Notting Hill based company. As a number of people worked for Teenburger it is impossible to confirm if Bubbles had a hand in the, sleeve design.

As for the music, Red Dirt is a lost classic. There is an element of the Doors Morrison Hotel period and a whiff of Captain Beefheart and The Magic Band in the rocking driving blues of tracks like Death Letter and Problems. Song For Pauline on the other hand harks back to the Delta of Robert Johnston comprising of only slide guitar and vocals. Memories and In The Morning were probably considered as songs fit for release as singles as both have a compelling commercial edge and benefit from more extensive arrangements which the band augmented by what sounds like a mellotron and an organ that gives their powerful music more texture and depth.

That Red Dirt's natural musical chemistry was honed on the live circuit is demonstrated on the riff and harmonica prowl of Ten Seconds To Go and the driving locomotive engine of Maybe I'm Right. There is also the acid smoke-folk of Summer Madness Laced With Newbald Gold which opens with Richardson groaning and laughing against a dirty guitar riff and the song is then propelled forward by drum pattern straight out of Safe As Milk. "It seems as if the red dirt is blowing into my eyes," sings Richardson on this outstanding track which sadly reflected the critical and commercial indifference that greeted the release of the album. It appears that the band later returned to the studio to record additional material earmarked for a second album that was, according to one press report when the band were supporting Mott The Hoople on a tour in January 1971 "nearing completion and should be available shortly".

Sadly, the young Red Dirt dudes never did issue that second LP but this CD features five bonus tracks featuring Ron Hales on guitar who had replaced Steve Howden. So, as well as enjoying their debut you can also get down in the dirt and wrap your ears around From End To End, Yesterday And Today, The Circle Song, I'd Rather Go Back 15 Years and Tolly Cobbold. Thanks to Secret Records you don't have to pay an arm and a leg to do so!
by Ian Shirley, Record Collector magazine 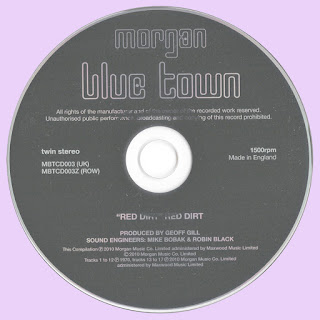