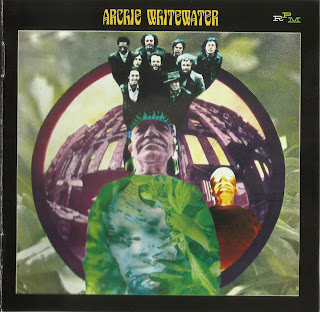 Can you imagine paying $100,000 for a group and then hiding it away for over a year?" So ran the first line in an article about Archie Whitewater back in August 1970. in the Free Lance-Star newspaper out of Fredericksburg. Virginia. "Well, that's exactly what Chess Records did with the group..." Not that Chess's eventual publicity campaign made stars out of the nine musicians in the band. In fact. Archie Whitewater's lone album for Chess's cool spin-off label Cadet Concept, is a best-kept secret among collectors - and this reissue, remastered from the original tapes, marks its first-ever appearance on CD.

Copies of Archie Whitewater now sell for upwards of £100. fuelled chiefly by the plethora of funky drum breaks and beats scattered across the album. The album's most acknowledged track is probably 'Cross Country', a mellow funk track with some sublime electronic piano and serene vocals, because it was exhumed by Chicago hip-hop artist Common (or Common Sense. as he then called himself) for the track 'Chapter 13 (Rich Man Vs Poor Man)' on his second album Resurrection from 1994.

Another Archie Whitewater song. 'Hulk', was borrowed by 90s New York hip-hop act Blahzay Blahzay. Other rap artists followed suit, usually recycling some aspect of 'Cross Country' within their music. Since the 90s. the cult status of Archie Whitewater's sole album has grown steadily: a quick glance at websites like Popsike reveals just how many copies of the album have sold for silly money on eBay and the record is praised by numerous blogs which pride themselves on their crate digging credentials.

And yet despite the plethora of information now available about myriad acts via the internet, precious little has been documented about their story.  Simply put, Archie Whitewater adopted the big band 'horn rock' mould pioneered by the likes Blood Sweat  And Tears in the late sixties, fusing elements or funk soul. psychedelic rock and jazz into their songs. Also some debate dwelt on their possible association with other acts on the Cadet Concept labels  (namely Rotary Connection and the productions of Charles Stepney) or even  whether they were black or white.

Archie Whitewater captures a period in American music when musicians adopted a carefree approach to combining their influences. In so doing, they created some idyllic music which sounds unrestrained by the usual straitjacket imposed on artists on major labels. After some forty years. RPM is proud to usher this fine record into the digital age.
by John Reed. November 2011 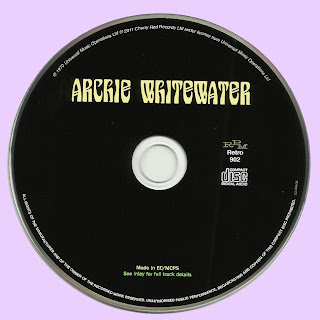