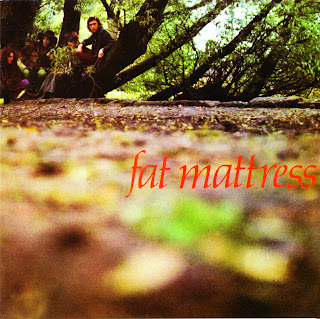 Fat Mattress were basically a Rock'n'Roll group from Folkestone in Kent. The nucleus of Fat Mattress came from three local bands based in South East England in the early sixties. Noel Redding was the guitar player for The Lonely Ones from Folkestone. Also in their line up was drummer Pete Kircher. The Lonely Ones were one of the most popular bands around the South, at that time. Neil Landon a vocalist from Ashford in Kent had his own group called the Cheetah's. In those days. Neil was known as Pat Barlow. I was playing bass guitar with an outfit from Dover. Kent called The Big Beats.

By the mid sixties these three groups disbanded to form one group namely Neil Landon and The Burnettes. The new band worked extensively in the UK and Europe, including the German night club scene, which was a breeding ground for up and coming groups such as The Beatles and others. In 1966 Neil Landon decided to pursue a solo career, so The Burnettes broke up. Noel, Pete and I stayed together and brought in Derek Knight a great singer, to replace Neil as front man and vocalist. We reemerged with a new name. The Lovin' Kind and signed a management deal with Gordon Mills, Gordon also handled Tom Jones and Engelbert Humperdinck.

The Lovin' Kind made three singles for the Pye / Piccadilly label. None of these records made any impression on the Top Twenty charts. Noel, feeling nothing was happening with the group, went back to Folkestone. A few weeks later Noel answered an ad in one of the music papers advertising a job playing guitar with Eric Burdon's Animals. But when Noel arrived for the audition he was told that the job had already gone. However that day Noel met an American guitarist - Jimi Hendrix - and he asked Noel to play bass with a new group he was forming with Mitch Mitchell. The Jimi Hendrix Experience.

Meanwhile Lovin’ Kind drummer Pete Kircher moved on to join the band Honeybus who made the hit song "I Can't Let Maggie Go". Singer Derek Knight also followed a solo career and made a couple of records before becoming disillusioned. He also went back home to Folkestone. As for me, I was doing freelance work as a bass player doing sessions and live performances with artists such as The Walker Brothers, Cat Stevens and even Engelbert Humperdinck. It was at this time I first met Eric Dillon who was playing the drums for Engelbert. Eric would eventually become the drummer with Fat Mattress.

In 1968 Noel Redding reappeared in London. Noel had been spending most of his time in America with Jimi Hendrix and being in between tours Noel had decided to do some recording with his old mates from Folkestone. He and Neil Landon had been writing songs together, although there was not enough material for an album. Also Noel had to return to America for another tour with Jimi Hendrix, so Neil Landon and myself got together and came up with the other songs when Noel got back to London in late 1968, we were nearly ready to go into the studio and record our first album.

The only problem was that Pete Kircher was unavailable for the sessions as he was tied up with Honeybus. So the three of us asked Eric Dillon to step in for Pete on so that was it, we had a band, we had the songs and now we had a name and the rest was up to us. As I remember, the first song we did was "All Night Drinker" written by Neil and myself, the track featured Mitch Mitchell on percussion and Chris Wood from Traffic playing flute. "All Night Drinker" set the tone for the record and other songs quickly followed and after ten nights in the studio the album was finished. At this point Chas Chandler offered his services to the group becoming our manager and future record producer. Chas was very confident he could get the band a major record deal.

In the spring of 1969,The Jimi Hendrix Experience were to undertake a ten week tour of North America and Fat Mattress were invited to open the show on some of the dates, so waving Englebert goodbye we set off on our new adventure. It was amazing! To suddenly find yourself in the places we'd only ever seen in the movies. New York. San Francisco even Hawaii. When the group came home in June 1969, Chas Chandler true to his word had secured a major record deal with Polydor Records. We signed a deal that summer and Fat Mattress were paid one of the biggest advances ever given at the time.

Later that summer we were booked to play The Isle of Wight Festival with Bob Dylan topping the bill. After a series of onenighters and a tour of Germany Fat Mattress went back to America in their own right as headliners. It was during that tour the group imploded on itself and Noel Redding left the group. We were contracted to do another record for Polydor and Chas Chandler insisted that he produce the album "Fat Mattress II". Chas also suggested a replacement for Noel, and thus Canadian guitarist Steve Hammond joined the group. We also recruited the keyboard playing prowess of Mick Weaver also known as Wynder K. Frog and entered the studio to work on our second album.
by Jim Leverton, Whitstable. 2009 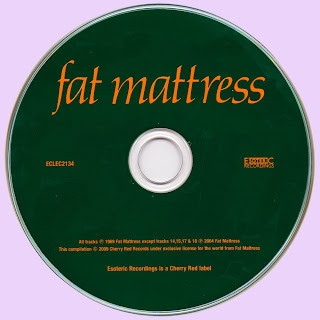