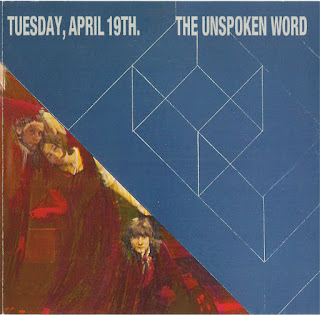 The first album from this Long Island-based ensemble was a tuneful and ambitious collection of psychedelic folk-rock tricked out with polished harmonies and arrangements featuring elaborate horn and string charts. If anything, Tuesday, April 19 often sounds a bit too elaborate for its own good; the arrangements certainly reflect the trippy, philosophic bent of Gene Stashuk's lyrics (which also suggest a Christian undertow), but fairly often they also tend to overpower them, and on these sessions the Unspoken Word sound more like a studio project than an organic group with a personality of its own.

The irony is this has a great deal to do with the precision with which the Unspoken Word play their music; Angus MacMaster's keyboard work is especially impressive, with a striking dynamic sense, and vocalist Dede Puma would have done any number of Broadway musicals proud with her rich, expertly modulated instrument.

On tunes like "After the Before," the Unspoken Word sound a bit like the Free Design after an acid trip and a couple semesters of philosophy class, and while that might sound like damning the Unspoken Word with faint praise, the truth is few bands embraced the psychedelic philosophy while maintaining a composer's fine control over their music the way the Unspoken Word did on Tuesday, April 19. If the two sides don't always mesh perfectly, fans of oddities of the psychedelic era will doubtless find this to be intriguing stuff.
by Mark Deming 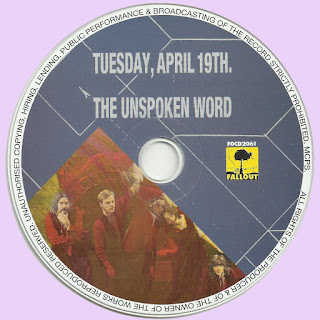