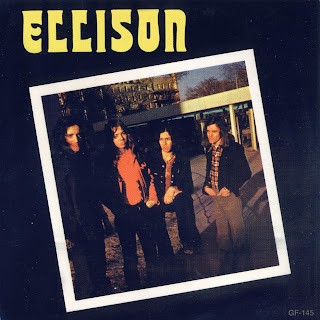 Ellison formed in Montreal in late 1967. Vincent Marandola and his childhood friend Richard Arcand, formed a trio named "Jimmy Peace". In 1969, they replaced the original drummer with Robert Cager and added Christian Tremblay as a second guitar, and thus "Ellison" was officially formed.

The band started playing quite frequently in and around Montreal, and actually played a few other gigs in Quebec. They were managed by Jean-Claude Brosseau. They recorded their one and only UP in 1971. which was produced by Alexandra Dumas and Yves Hamel and originally released on Trans-World Records.

There exists very little information with regards as to how well or poorly the record sold. In addition, the actual number of LPs pressed still remains a mystery. Ellison broke up in 1973 and I have lost contact with all the members over the years. Richard Arcand passed away in 1997 and I now reside in Sainte-Dorothee, Quebec.
by Vincent Marandola, Montreal. Canada, January 2000 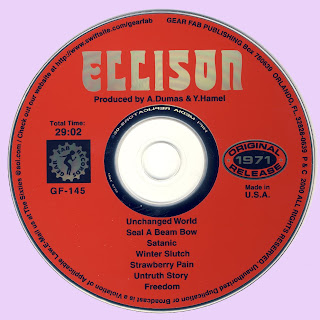