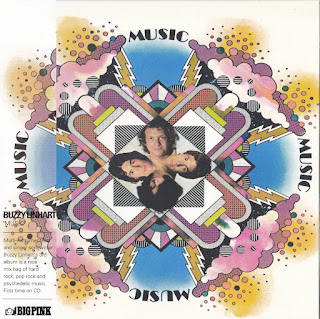 Released in 1971 around the same time as his solo Buddah release (The Time to Live Is Now), Music, on Artie Kornfeld's Eleuthera imprint distributed by Buddah, distinguished itself from the Carole King album of the same name because Music was also the title of this group led by songwriter Buzzy Linhart. Not the Music Explosion or Roxy Music or the Music or Music, Inc., the band known simply as Music feels like a cohesive unit, and the album plays with that rock band consistent groove. On "Everybody's Got (And Don't You Know)," Linhart veers off into Donovan Leitch's swimming pool; to be specific, he's vamping on the riff from Donovan's "Atlantis" inside this tune. "Mother's Red Light" is a whole other thing.
Heavy with Linhart's vibes, Klingman's keyboards, and bassist Douglas Rauch playing some lead guitar, the song is psychedelic jazz, more so than Dave Grusin's acidic soundtrack to the film Candy, which came just a few years before. Produced by the band with engineer Eddie Kramer, the album is a solid effort boasting a heavier sound than Linhart's other solo efforts and a deliciously psychedelic gatefold cover. David Bromberg guest stars on dobro for the Mark Klingman composition "Kilpatrick's Defeat," while Moogy, of course, appears on piano and organ, musically supplementing the sounds of drummer John Siomos, lead guitarist Doug Rodriques, and the aforementioned bassist, Doug Rauch. Leiber & Stoller's "Searching" crawls and slinks with a rock & roll groove, the charm and band identity giving all the melodies on Music a solid spirit that comes from a group effort when everything is clicking, ending the album the way things began on "The Bag I'm In" -- that Fred Neil number moving with a blues-rock earnest.
Tim Hardin's "Reputation" almost goes honky tonky, a bit of a change from the Cream-meets-Stories sound of the album's first track. Stories were also on a Buddah imprint around this point in time, and the label seemed to be making a serious move into adult pop. The tragedy here is that Music didn't get to put out more...music. There's definitely something special in the grooves of this important but not very visible recording. (This album was later released on the Kama Sutra label under the title Buzzy Linhart is Music.)
by Joe Viglione
Health issues plagued Linhart throughout his entire career, and potentially prevented him from achieving the fame commercial success enjoyed by many of his peers. During his stint in the Navy, Linhart developed chronic lung damage while fighting a fire with inadequate breathing apparatus which resulted in emphysema. The death of one of his fellow sailors during his naval service caused poorly-treated PTSD, while a late ‘70s car accident during a move to L.A. resulted in permanent hip and knee injuries. Linhart was homeless for a while during the 1980s before getting on SSI disability in 1990 and settling in the Berkeley, California area. As he got older, Linhart suffered from osteoporosis, a series of mild strokes, and several moderate heart attacks, although he continued to perform whenever possible.
Buzzy Linhart, a gifted songwriter and instrumentalist, passed away on Friday, February 13th, 2020 at the age of 76.
Linhart was one of the best, if perhaps the most obscure of 1960s-era Greenwich Village artists, the five albums he released between 1969 and 1974 featuring his unique vocals, immense songwriting skills, and remarkable instrumental talents, resulting in an often-exhilarating blend of folk, jazz, blues, and psychedelic-rock unlike anything any other artist was creating at the time. Known for his manic live shows, critic Robert Palmer wrote in a 1977 New York Times review of one of Linhart’s performances, “no sooner has he hit an opening chord than his eyes roll back in his head and he begins to bob and weave like a dervish in a trance,” the legendary critic concluding that “Mr. Linhart’s talent is genuine.”
by Rev. Keith A. Gordon, March 2, 2020 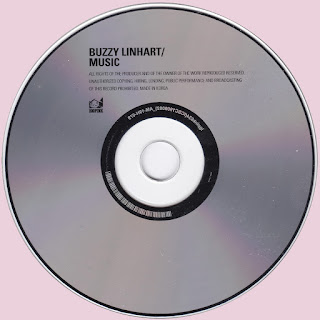