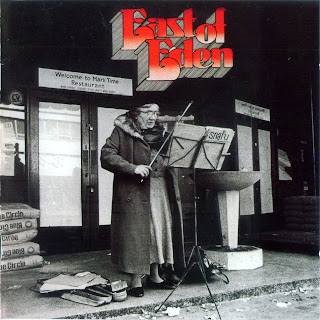 Once upon a time, long long ago, there was a silver age of music called the 1960s. This in turn was followed by a golden age called the 1970s. Now, as strange as it may seem, there were people in the 1960s and '70s who liked strange and unusual music, which later became more popular, and it was named ... avant garde.

Joking aside - this music is probably the great-grand-daddy of today's avant garde progressive music. It is an eclectic blend of psychedelia, jazz, blues, folk, celtic, eastern, and various forms of world music. Instruments include bass, flute, sax and alto sax, trumpet, drums and guitar - and keyboards are largely dispensed with in favor of Dave Arbus's electric violin which provides plenty of texture and background, as well as taking the lead in many passages. There are long sections driven by a jazzy bass guitar playing with almost loop-like repetition, while solo spots are taken in turn by guitar, violin, flute and sax. Vocals are sparse, which is fortunate as Geoff Nicholson's singing isn't strong.

With song titles like "Xhorkom","In the Snow for a Blow", "Nymphenburger" and "Leaping Beauties for Rudy", you can imagine that this is an off-the-wall piece that isn't meant to be taken too seriously. It's fun, it displays some stellar musicianship, and it's adventurous. This was originally released in 1970 when experimentation was peaking - and this CD was at the forefront of that movement. The 1970s listening public was more receptive to this kind of music and SNAFU made the British Top-30, "Ramadhan," made number 2 in France, and the Celtic novelty song "Jig-a-Jig" hit the Top-10 in England. Despite that brief success though East Of Eden remained something of a cult act, and - like all avant garde music, it never really took off in even the progressive music circles.

This Eclectic Discs release was re-mastered from the original master tapes and features many unreleased bonus tracks and alternate demo recordings. The cover booklet includes an extensive essay, interviews and previously unseen photographs.

Snafu should be required listening for students of prog - it is central to the history he more challenging side of prog music.
by Duncan Glenday 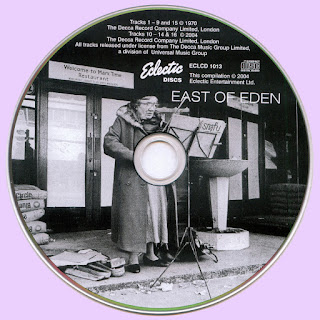