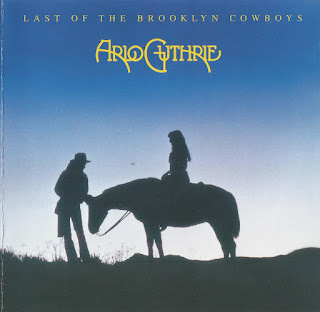 Last of the Brooklyn Cowboys, Guthrie's sixth album, was released in April 1973. It was another effort largely given over to cover material and performed with the cream of Los Angeles session musicians. The single "Gypsy Davy" (another Woody Guthrie song) reached the Easy Listening chart, and the LP peaked at number 87 in Billboard, number 63 in Cash Box.

With the decline of the singer/songwriter movement of the early '70s and the rise of disco, Guthrie's record sales fell off after Last of the Brooklyn Cowboys, which became his final album to hit the upper half of the Top 200 bestsellers. Subsequent releases struggled to spend a few weeks in the bottom half of that list, or did not chart at all. This commercial decline was first apparent with the release of his seventh album, Arlo Guthrie, in May 1974.

The sales were especially disappointing given the quality of the LP, which increased the number of Guthrie originals to include the scathing "Presidential Rag," a reflection on the current Watergate scandal about to drive President Nixon from office; "Children of Abraham," an examination of the Arab-Israeli conflict; and "Last to Leave," a personal expression by a man who had spent his entire life wondering whether he carried the disease that killed his father. (Guthrie refused to be tested to determine whether he had the gene that causes Huntington's disease, but as he aged and showed no symptoms, it became apparent that he did not.) Despite his dropping record sales, Guthrie remained a potent concert attraction. He teamed with Pete Seeger for a series of concerts that resulted in a double-LP live album, Together in Concert, released in May 1975. That fall, he hired a local Massachusetts band, Shenandoah, as his regular backup group for shows.
by William Ruhlmann 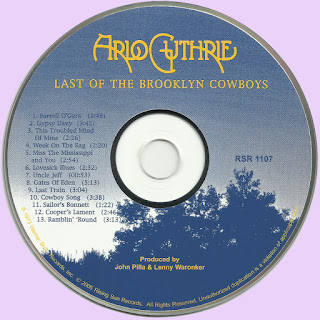