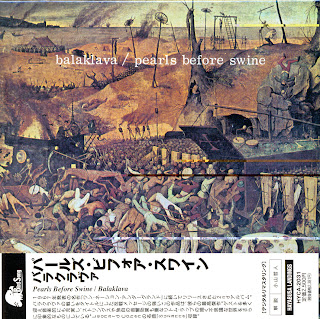 A record that virtually defies categorization, Pearls Before Swine's 1968 epic Balaklava is the near-brilliant follow-up to One Nation Underground. Intended as a defiant condemnation of the Vietnam War, it doesn't offer anthemic, fist-pounding protest songs. Instead, Rapp vented his anger through surrealist poetry, irony, and historical reference: Balaklava was the 1854 Crimean War battle that inspired Alfred, Lord Tennyson to write his epic The Charge of the Light Brigade; in reality, the "Charge" was a senseless military action that killed scores of British soldiers.

Balaklava begins with "Trumpeter Landfrey," an 1880's recording of the actual voice and bugle charge of the man who sounded the charge at Balaklava. It makes the transition into "Translucent Carriages," a mix of acoustic guitars, a basic vocal, and ghostly narration ("Jesus raised the dead...but who will raise the living?"), all the more stunning. "Images of April" continues the mystical feel, combining flutes, cricket chirps, and frog croaks for a nether-worldly effect. Rapp virtually cries "I Saw the World," backed by a powerful string arrangement that makes the song even more impassioned.

Like One Nation Underground, Balaklava is somewhat unfocused: "There Was a Man" is a little too Dylan-esque, and Leonard Cohen's "Suzanne" detracts from Rapp's compositions. Unfortunately, the record closes with "Ring Thing," a morbid piece that refers to Tolkien's famous Lord of the Rings trilogy. Still, this is superb psychedelic music, successfully merging exotic instruments like marimba, clavinet, French horn, and swinehorn with Rapp's unique lisping vocals.

But Balaklava isn't just acid-trip background music. It's probably the best example of what Rapp calls "constructive melancholy" (also the name of a recent CD collection of Pearls songs), a combination of the real with the surreal, and it's indispensable to any serious '60s rock collection.
by Peter Kurtz 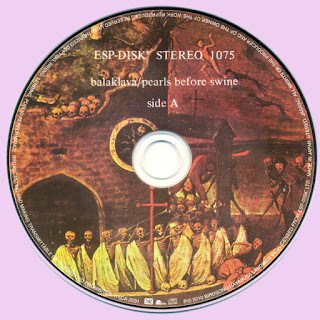