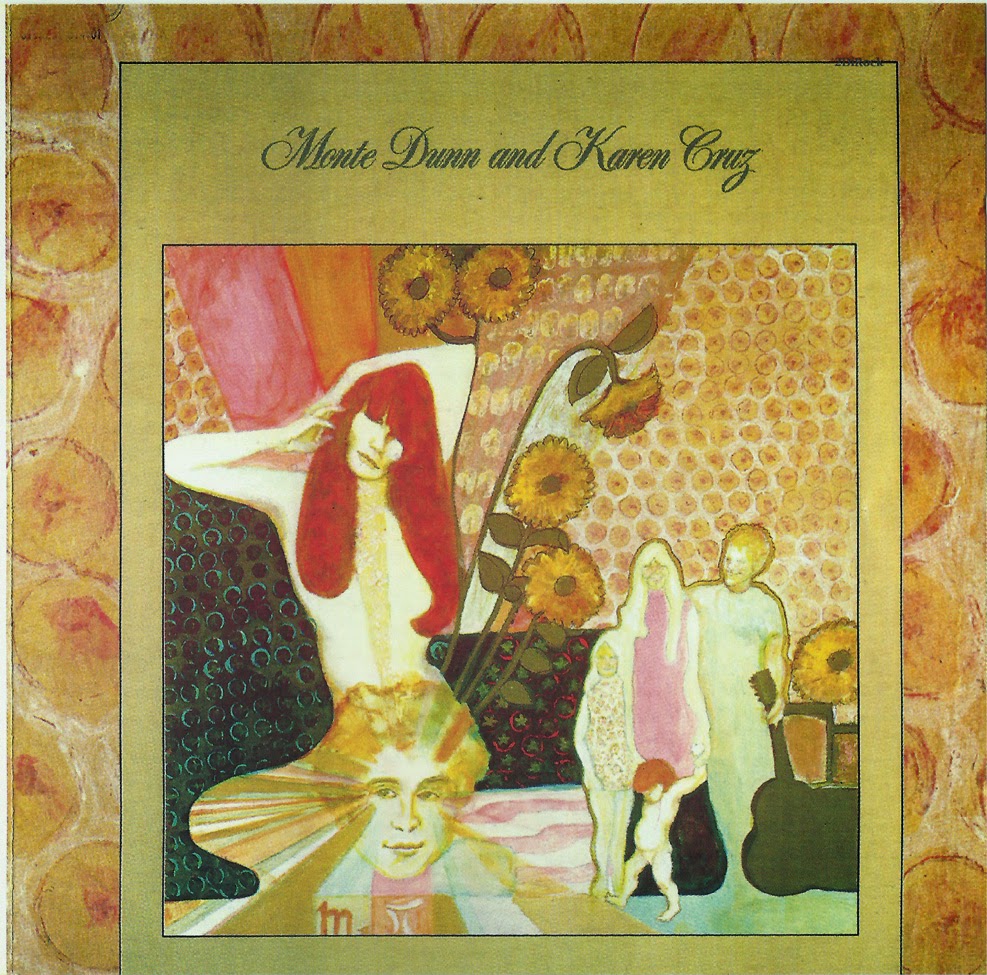 "Monte Dunn was born and raised in Brooklyn, New York. When Tim Hardin and Richie Havens recorded their most recent albums, they called him in to play guitar. This is not unusual as, for almost a decade, Monte has been working live and in session with Tim, Ian and Sylvia, Peter Paul and Mary, Sonny and Cher, Fred Neil, Jack Eliot, Bob Gibson, and quite a few others. It was unusual that he'd never struck out on his own.

Now, with his wife and partner Karen Cruz, an album has been made and, instead of having his name on the back cover, it's headlining the front. Their music ranges from the earthy, to light baroque, to country. Karen Cruz was born in New Orleans, and spent most of her earlier years as a model, dealing blackjack, selling real estate, and painting portraits in order to finance her travels throughout Europe and the Near East, before she turned to music. Now the mother of two children, Pam and Jesse, she writes only when she has something to say.

As Monte remarked: "She's carried some of her songs longer than she's carried some of her children". Karen wrote most of the songs, and they collaborated on a few of them. The music of Monte Dunn and Karen Cruz is the result of a very pure desire to communicate love and the realities of a life lived to the hilt - a simple statement above the chaos and confusion of artistic survival in a materialistically demanding society.

The sincerity and beauty of their words and music suggests an honest solution to our complicated and often distorted society"
Original press release, 1969

And then one day I met Karen and all we could do was be together. Music was already so important to both of us. Karen sang with bands, in clubs, folk-sang, then started composing, and I picked wherever I could, making a living and loving my music and my woman. I played for Ian & Sylvia, Sonny & Cher, Tim Hardin, Jack Elliott, Buffy St. Marie, Peter Walker, Peter Paul & Mary and others live and on record. But Karen's music captivated me like nothing I had ever played. Children and music, revolution, a thousand contradictions, joys, pain, life as we've been living it together, our music
by Monte Dunn, 1969 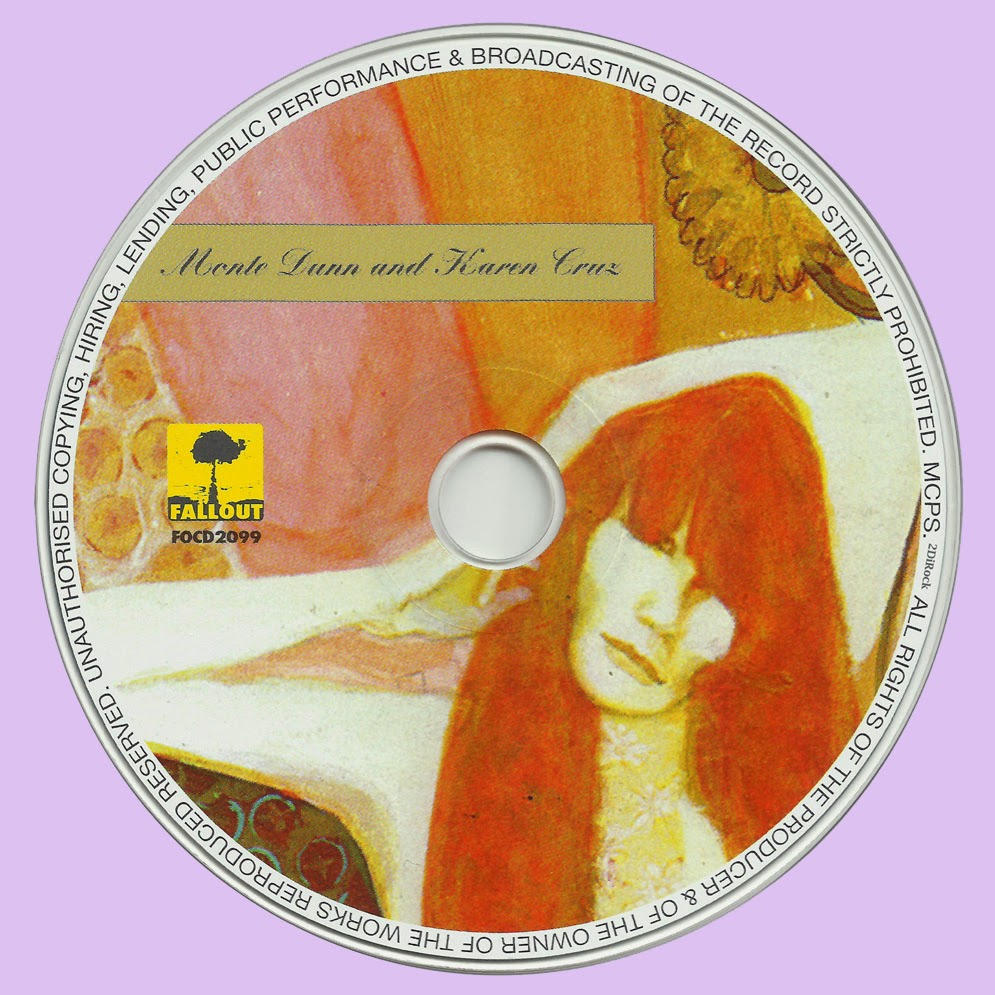