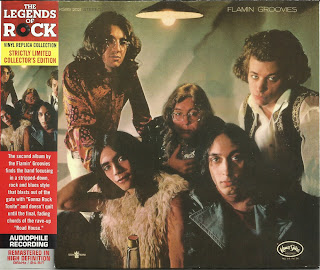 While the Flamin' Groovies' first album, Supersnazz, loaded their high-octane retro-rock down with a loving but overly intrusive production, their next long-player, Flamingo, went in exactly the opposite direction; for their second time at bat (and their second major label), the Groovies cranked up their amps and kicked up the tempos, while producer Richard Robinson stripped the band's sound to the bone. If Flamingo has a flaw, it's that the album is just a bit too basic; the recording sounds a bit flat and muddy, and it isn't very flattering to either Tim Lynch's guitar or Danny Mihm's drums (and who fell in love with the panning control while they were mixing?).

But if Flamingo sometimes sounds more like a demo than a finished album, it's a demo of a great band firing on all cylinders; with "Gonna Rock Tonite," the album starts out in fifth gear and never stops, with even the less manic tunes (such as the bluesy "Childhood's End") sounding sharp and full of fire, and the many rave-ups raving mighty fine indeed (notable exception: the trippy "She's Falling Apart," which proves these guys didn't understand psychedelia and had no business playing it, which was a considerable virtue in the Bay Area during the late '60s and early '70s). If the engineering sometimes lets them down, Flamingo does a far, far better job of capturing what made the Groovies a great band than their debut and ranks alongside their very finest work.
by Mark Deming 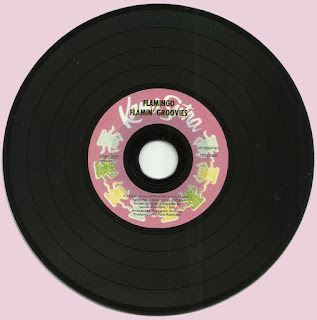 Free Text
Just Paste
Posted by Marios at 4:30 AM 5 comments: