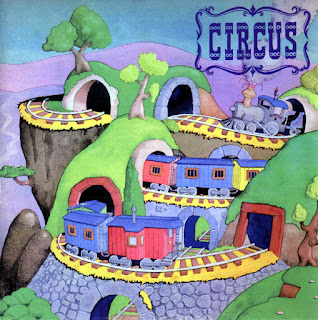 Circus was originally formed in 1969 as "Sound Street" in Stevens Point, Wisconsin. They played bars and college dances in Central Wisconsin, specializing in their own particular variety ot blues and rock. Sound Street included Fred Omernik on keyboards. Wayne Kostroski on bass, Gary Konkol on guitar. Randy Glodowski on guitar, and Al Crowe on drums.

Their blend of four-part vocal harmonies and double guitar leads were a featured attraction of the band In 1970. Circus signed with North Central Productions, later known as McMillan and Clary Talent. Circus hired Ray Cyr to replace Al Crowe on drums and moved to Madison. Wisconsin to expand their territory and investigate a recording career.

Soon the band was playing regularly at Madison bars such as Snoopy's Dewey's, and the Church Key. at times opening for regional and national acts such as The James Gang, Rotary Connection, Ben Sidran, the Siegel- Schwall Band, Ted Nugent, and Muddy Waters Circus played at the lola Rock Fest in 1971. which was Wisconsin's version of Woodstock, also referred to as "Woodtick Nation." Circus shared the stage at the lola Rock Fest with such national and international acts as: Ravi Shankar, Buddy Rich, Iggy Pop. Terry Reid, and Siegel Schwall Circus was also one of the first bands to consistently play at Milwaukee's Summerfest.

As their popularity grew. Circus began traveling to such locales as Florida, Colorado, Massachusetts, Maine, Georgia,. Tennessee and the entire Midwest. Their venues included bars, colleges, military academies, band shells, a river boat, and auditoriums. In 1972 disaster struck when guitar player/singer Gary Konkol was diagnosed with a rare form of terminal cancer, and Circus reluctantly had to replace him His death in 1973 left both an emotional and musical hole in the group Respected Wisconsin blues man Mike Richson joined the group in 1973, and Circus once again began their almost constant travels.

Rocker Gunnar Antell replaced Mike Richson for a short period of time, as the band searched for the perfect musical combination Circus hired versatile Brett Peterson on guitar and recorded an album in 1973 at American Music Studios in Sauk City with Corky Siegel as a producer. The album was mixed down at Paragon Studios in Chicago, and was released in 1974. The band toured the country in support of the album, where it was well received in the South, West, and Northeast Jim Ash replaced Ray Cyr on drums in 1974, and Terry Knoll replaced Brett Peterson on guitar in 1975.

With the new lineup Circus recorded a single at a studio in Schaumburg Illinois with the plan that the two original songs would form the basis for a second album The band continued writing originals and toured extensively A demo was recorded with an eye towards a second album At that same time. Circus continued opening for such groups as Styxx. B.B. King. Ted Nugent and the Amboy Dukes, Eric Carmen and the Raspberries. Hot Tuna. John Sebastian. Firefall. Bonnie Bramlett, and the Amazing Rhythm Aces

By 1976, Circus had been touring almost constantly for seven years. By this time, the band was managing and booking itself. Although some contacts were made, no one appeared immediately interested in backing a second album tor the band In November of 1976, the band decided to call it quits and played their last gigs at the University of Wisconsin and the Bronco Bar in Chanhassen. Minnesota.

Although the early lineup of Circus used guitar/organ based instrumentation, they began to experiment with synthesized sound in the early 1970's. They were one of the first Madison bands to add strings and brass to their arrangements, and their distinctive sound is still fondly remembered by many of their fans. From the sounds of the B3. Circus moved on to the Clavinet and the Moog. Their excellent vocals, high quality guitar and keyboards, ability to write both love songs and songs with humor and insight, and great stage presence ensured crowds wherever they played Virtually all of the songs you hear on this album were performed live by the band between 1973 through 1976.

It is difficult to comprehend a twenty-minute version of "Old Age" unless one is standing in the crowd. Nevertheless, it was an experience, to say the least! "Fat Boogie Mama" was another crowd favorite, and served as an excellent counterpoint to Ray Davies' "Skin and Bones." Circus was a force to be reckoned with in the late 1960's and early 1970's. The national music scene didn't extend all the way to Madison, Wisconsin, however. But Circus played to enough audiences during their 300 gig/year, seven year career to touch many fans. Whether it was a bar full of 250 revelers or an auditorium with several thousand fans. Circus got their message across.
by Randy Glowdowski,Oregon, Wisconsin, December, 2000 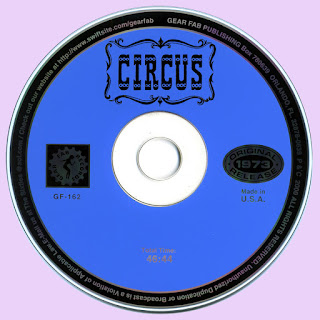 Free Text
Text Host
Posted by Marios at 8:44 AM 7 comments: