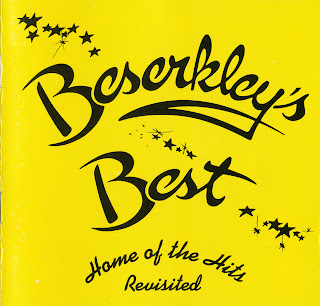 Beserkley Records was an independent label founded by Matthew King Kaufman in Berkeley, California, about 1975. It anticipated the "alternative rock" genre by providing a label for music that didn't interest the majors, but was exciting to college age music fans.

Kaufman was manager of the group Earth Quake, who had done a couple of albums for A&M in 1971- 72, but had no real success and were not picked up by any of the existing labels when their contract with A&M was up. Kaufman started his own label "to have fun and make some interesting recordings." In addition to Earth Quake, Kaufman signed Jonathan Richman, Greg Kihn, and the Rubinoos. The first single issued was Earth Quake's "Friday On My Mind" coupled with "Roadrunner" by Jonathan Richman.

In fact, Beserkley had only a handful of artists on the label at any given time throughout their history. The biggest name artist was the Greg Kihn Band, who had a number of national hits. Both Earth Quake and the Rubinoos also placed records on the national charts. And although Jonathan Richman and the Modern Lovers didn't chart nationally, they still had, and have, a strong following.

Matthew King Kaufman recently wrote to us and gave us some insight on the label. Kaufman noted, "Really, Earth Quake turned down offers and formed a record company with me, and then had five successful LPs. They were the band for Jonathan Richman's 'Roadrunner' and Little Roger's 'Stairway to Gilligan's Island.' As for charting, Jonathan Richman's 'Roadrunner' was top ten everywhere but here, and 'Egyptian Reggae' was #1 worldwide. Kihn's 'Break-up Song' made #9 and 'Jeopardy' was #1 everywhere but here, where it spent 8 weeks at #2."
By Patrice Eyries, Mike Callahan, and David Edwards 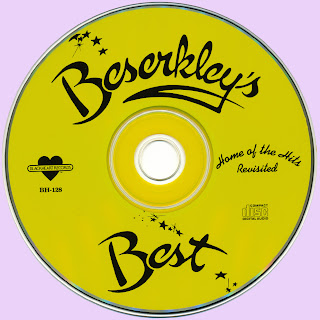 Free Text
Text Host
Posted by Marios at 3:02 AM 7 comments: