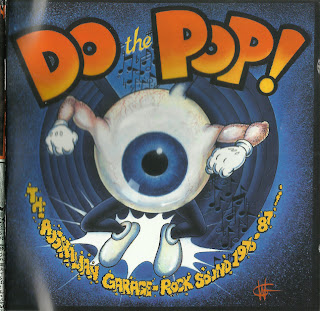 The mid-'70s onset of Radio Birdman and the Saints is an event that has (rightly) attained legendary status. I won't play my usual game of rating Birdman well ahead of the Brisbanites - let's face it: they both mattered - but the early '80s is when the floodgates truly opened. The likes of the Lipstick Killers, the Hitmen, the Scientists, the (sadly unrecorded) Other Side and the Visitors were all playing within half-a-dozen blocks of each other in their central Sydney playground. (Sydney was The Place, and those bands were The Shit.) In their wake (or interstate) were Died Pretty, the Screaming Tribesmen, the Lime Spiders, the Stems and The Eastern Dark to name a few. They were the leading edge of the second wave of home-grown, garage-inspired rock that became a tidal wave, the impact of which was felt as far afield as Scandinavia, lower Europe, the USA and South America.

"Punk" might be the label most of these bands wore back in the day, but this is more of a "Rock" compilation. The unbridled energy is there, but most of these groups were more musically adept than the two-chord thrash artists that briefly burned at places like the White Horse and the Grand Hotel. For the most part, the bands on these discs had roots that ran all the way back to the Music Machine, the Remains, the Sonics or the 13th Floor Elevators (to name a few.) It's the similar bloodlines that make comparisons to Lennie Kaye's "Nuggets" valid, and should ensure a place in CD racks overseas.

Compiler Dave Laing hasn't missed too many essentials. You could quibble about the absence of the full version of Died Pretty's "Mirror Blues" or the lack of a Wet Taxis, X or Beasts of Bourbon cut. Others might also bemoan the absence of the Thought Criminals (who didn't sound anything like any of the bands here anyway.) Some - not me - will question the total absence of the Birthday Party (or any Victorian bands, for that matter - before you e-mail me, the Philisteins were from Tasmania, though did finish up in Melbourne. The likes of Bored! and God will, no doubt, be covered in depth on the forthcoming "Best of Dog Meat" compilation.) It could be argued that girl groups are sorely under-represented with only the Passengers rating a place of the trio of female-fronted acts that occupied similar turf in Sydney in the early '80s (the Flaming Hands and the Shy Imposters being the omissions.)

None of the tracks are staggeringly rare either, though you will struggle to find copies of the Victims' "Television Addict", the Scientists' "Last Night" and the New Christs' terrifically sullen "Face a New God", at least in official digital form. It's great to see Dave went for the earliest versions of some of the better-known songs. Birdman's "New Race" and the Sunnyboys' "Alone With You" are the original Trafalgar black album and Phantom single versions, respectively. The Saints' wonderful "Simple Love" is also the "Paralytic Tonight" EP take (which craps all over the one on the "Monkey Puzzle" long player.) The jungle-drumming 45, "Leilani", was re-recorded but never bettered on the Hoodoo Gurus' first album, so it's great to hear it here in all its primal glory. Good to see so-described court jesters of the Sydney scene, the Psychotic Turnbuckles, also present with the thunderous "Groove to the Eye" from their Rob Younger-produced debut mini-album.

The Headstones are a surprise - but worthy - inclusion ("When You're Down" has always been a fave around these parts.) Was "Igloo" never going to be the Screaming Tribesmen's representation? Two decades later, it still sounds great and otherworldly. Good to hear the underrated "Ice" also weighing in (Chris Masuak's sustain guitar spray being a highlight.) The early Hard Ons hit "Girl in The Sweater" still sounds like a sublime piece of Ramonish pop. "Don't Look Down" is the best thing Decline of the Reptiles recorded. "Johnny and Dee Dee" wasn't the best thing The Eastern Dark put on tape - that honour goes to "Walking" - but both are inclusions. You want to know the roots of grunge? Listen no further than the (late period) Scientists' track "Atom Bomb Baby".

Three Hitmen songs "Didn't Tell the Man", "I Don't Mind" and "Bwana Devil" (the alternative, revisited mix) all sit well. Their presence also underlines that, in spite of their critics who saw them as too commercial/too cover reliant/not trendy, the Hitmen influenced a helluva lot of contemporaries. Zeus himself gets a guernsey (with Radio Birdman, sans Dr Tek and plus Charlie Georgees) on "King of the Surf" (which Dave Laing's now defunct Dog Meat label released as a 45 a decade or so back.)

The Lime Spiders, Celibate Rifles, Stems and New Christs all command strong representation (though I would have plumped for "Born Out of Time" ahead of "I Swear", though rival label Raven seems to have covered that base on their release of Oz '80s stuff, being reviewed else where here soon.)

Added bonus: The voluminous liner notes and unpublished pix in the accompanying 28-page booklet, mostly a Laing effort but supplemented by Steven Danno.

Put this album on now, slip into your old winklepickers and most comfortable leather jacket, flip the lid on a can of KB (remember cold gold?), ease back into your rocking chair and turn up the volume. Some of us still remember. And if you're too young to remember, this collection will be the ideal starting point. It's indispensable.
The Barman 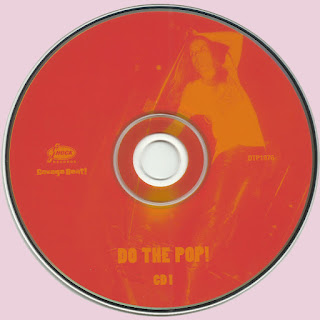 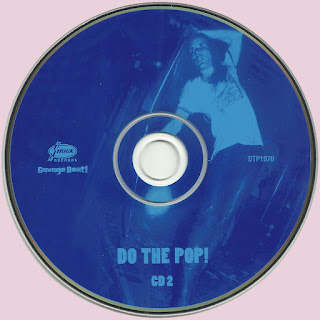 Free Text
Just Paste
Posted by Marios at 8:13 AM 20 comments: