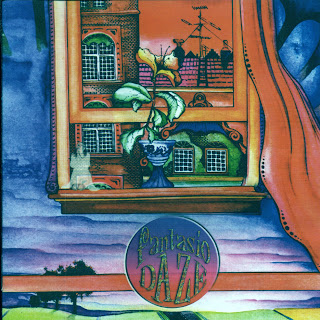 Those crazy Dutch! What with their pancakes, pornography and “specialist” coffee shops; they are a nation whose very fabric is cut from the most permissive of cloths. It pervades the culinary, the literary and what gets sprinkled on the Old Holborn. Let it be a lesson to us all: part a man from his bicycle and he’ll cock the proverbial snook at your fascist agenda ten millionfold.

This liberal mindset made the Dutch music scene of the late 60s and early 70s a hotbed of psychedelic and progressive experimentation, and Fantasio Daze is a fruity selection of some of the rarest English language singles to hit the Netherlands during this era.

It’s safe to say that every artist appearing on Fantasio Daze is new to HFoS and, as is the case with the majority of compilations, the spectrum of ‘fro-frazzlingly good, to knee-shreddingly awful is enthusiastically covered.

It’s the good that leads the charge, with the thoroughly disturbing ‘The Killer’ by Names & Faces. As an opener, it grabs the able listener by his able undercarriage and squeezes tight, refusing to let go for its five minute duration and rendering everything that follows pretty much redundant.

Yes indeed, the battle is won with barely a shot fired and even the enemy’s secret weapon, the gut-blisteringly dreadful ‘Ode to Jimi Hendrix’ by Phoenix, can’t put a downer on ‘The Killer’s’ victory parade.

Of course, these are just the two extremes of Fantasio Daze and though the earlier assertion of the remainder being “redundant” might seem a little on the harsh side, such is the glorious shadow cast by the ‘The Killer’, it may as well be. Nevertheless, a healthy mix of the sublime and the mediocre jockey for position, looking to win over the hearts, heads and minds of our good selves.

Worthy of recognition are Cinderella’s ‘From Town to Town’, with its all female psychedelic folk harmonies; the wonderfully mad ‘The Doting King’ by The Dream; and the tempered edge of Crying Wood’s ‘Blue Eyed Witch’.

Elsewhere, there’s a curio from Adjeef The Poet, who appears to be a Netherlandic Kim Fowley. His ‘Eek, I’m a Freak’ is as worthy as anything his US counterpart recorded during the psychedelic age. Read into that what you will.

Overall though, Fantasio Daze offers one fantastic song right at the start, followed by the occasional obscure lovely; the festival of fair-to-middling fodder; and a reet bad lot trying its hardest to up heave the uneasy truce holding it all together.

Needlessly offensive national stereotypes aside (see the beginning of review), Fantasio Daze offers an enticing window on the pre-prog stage of the Dutch music scene that resided on the 60s/70s cusp. For that reason alone – and despite the intermittent lapses in quality control – this makes for an intriguing and, nonetheless, enjoyable listen to the connoisseur of psychedelic rock in all its manifold forms.
by Nick James 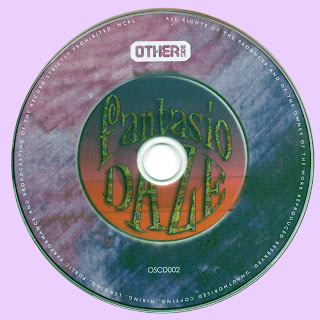