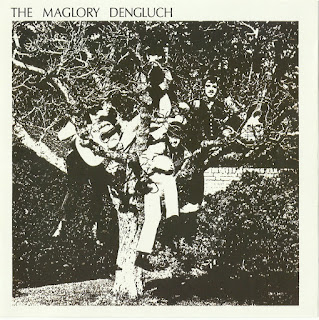 The Maglory Dengluch last flourished between 1968 and 1969.  Its origins were in a jug band in which Pete and Michael had been playing  ( called The Versatile Mind of Fred Probert ).  They were asked to join an impromptu band to sing Roddy McCorley, accompanying a play in Cambridge.  Kerry heard them and asked to sing some songs with them, and John came in to round out the line up.  Kerry came up with the name (a bastardisation of the Irish magairle deangluch, the translation of which is out there on the internet, so we won't elaborate!).

We practised, pinching songs from groups active in Dublin, such as Sweeneys Men, the Johnstons, and Finbar and Eddie Furey, who were then little known in England; and recording the results on Michael's old reel to reel tape recorder.  Tape was at a premium in those days, and we never got down all our repertoire! We played at folk clubs, parties, festivals, and the odd concert (the highlight being as the warm up group for The Johnstons' one performance in Cambridge).

The record was made by the long defunct Granta label, in one session, just before Kerry departed for the US, on a night otherwise famous at Cambridge for the Garden House riot!
The Maglory Dengluch 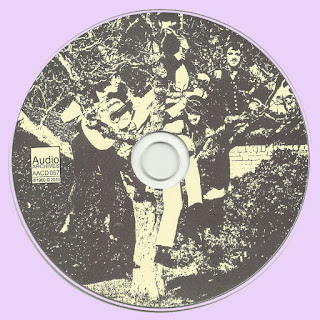