Bacon Fat - Grease One For Me (1970 us, remarkable blues psych rock) 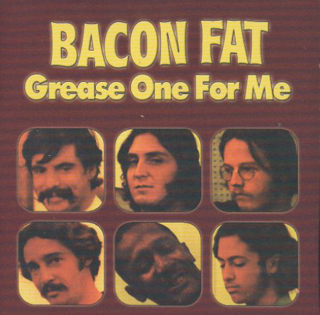 Following the breakup of the Dirty Blues Band in 1968, Rod Piazza and George “Harmonica” Smith, whom Piazza credits with putting him “straight on the chromatic harp,” formed the Southside Blues Band. The band toured with Big Mama Thornton and, in 1969, released “George Smith of the Blues” (or, “… Of The Blues”, as it appeared on the album cover) as ‘George “Harmonica” Smith & His Blues Band.’ Originally released on World Pacific, the album was reissued in 1974 by ABC/Bluesway (BLS 6029), and in Germany in 1987 on Crosscut (CCR 1015). Smith’s “Juicy Harmonica” from this album is regarded as a chromatic harmonica classic; indeed, Piazza covered “Juicy Harmonica” on “Grease One for Me.”

Recorded on February 27 and 28, 1969 in Hollywood, personnel on “… Of The Blues” are listed as Smith and “Lightnin’ Rod” (Piazza) on harmonicas; Richard Davis, trumpet ; Jim Wynn and Ed Davis, saxes; Robert Schedel, piano; Marshall Hooks and Arthur Adams, guitars; and Curtis Tillman, bass. The drummer is not listed.

Shortly after the release of “…Of The Blues”, British producer Mike Vernon persuaded the band to move to Blue Horizon and to change their name. The band renamed themselves Bacon Fat, the title of an Andre Williams recording. The lineup of the band at this time, in addition to Smith and Piazza, were Buddy Reed, guitar; Gregg Schaefer, guitar; JERRY SMITH, bass; Dick Innes, drums; and J. D. Nicholson, piano.

Vernon decided to first record an already-scheduled gig opening for, and backing up Pee Wee Crayton, November 16, 1969, at the “Bar Paradise A Go Go” (widely known as “Small’s”), a club at E53rd St and Avalon Blvd in South-Central LA. These tracks were subsequently released in 1986 by Blue Moon as “Live at Small’s Paradise” (BMLP 1.029).

The following day, November 17, 1969, was spent at the Eldorado Recording Studio in Hollywood, recording tracks for Bacon Fat’s first album, “Grease One for Me”. On the 18th, Bacon Fat, plus guitarists Pee Wee Crayton and Marshall Hooks recorded 8 tracks that were released as “No Time For Jive” under “George Smith.” Smith appears on only one track of “Grease One for Me”; Piazza does not appear at all on “No Time For Jive”. Mike Vernon, the producer of both albums, maintains that the segregation of Smith and Piazza on these releases was coincidence and, in hindsight, it was probably a mistake to lose the dual-harp format that had made Southside/Bacon Fat successful in the first place.

A tour of Europe to promote both “Grease One for Me” and “No Time For Jive”, originally planned for May, was delayed until November, 1970. While in the UK, Bacon Fat recorded the tracks for their second album. The sale of the Blue Horizon label to Polydor by CBS delayed the release of “Tough Dude” until March, 1971, allowing the excitement generated by the tour to fade. Bacon Fat broke up sometime in 1971. 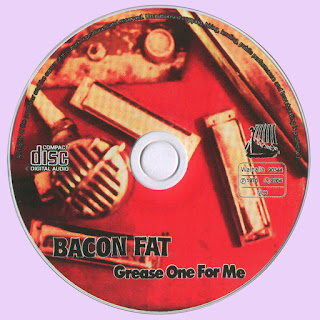