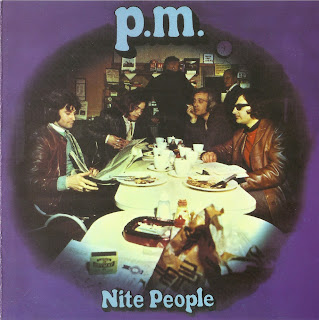 Originated from Bournemouth circa 1965. Nite People were signed to Fontana records in 1966 before signing to Page One in 1969. Recorded couple of demos for Avenue Artists circa 1967 at Bob Potter's studio in Mytchett, Surrey and in London, circa 1969 to be included on their LP for Page One records entitled P.M.. They disbanded in 1970.

Their sole album originally issued in 1970 on the collectable Page One label and one of their rarest releases. Progressive/psychedelic sound dominated by Hammond organ/guitar with cool jazz-funk and rare-groove touches, including the mod-club classic "P.M.," the superb instrumentals "Funky Hoe" and a top cover of Frank Zappa's "Peaches en Regalia," among others. 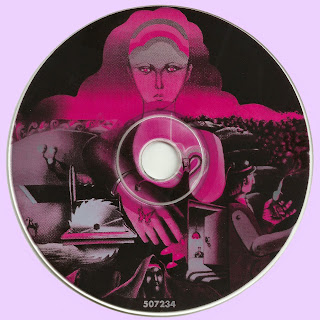 Free Text
Text Host
Posted by Marios at 5:36 AM 9 comments: