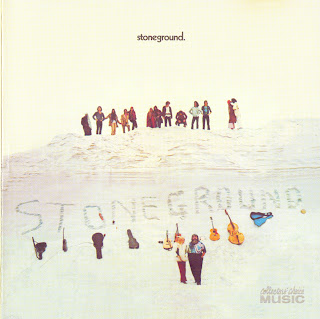 As the 1960s turned into the 1970s, old groups broke up, new ones formed, and alliances became as loose as musical chairs, with fluid lineups forming and morphing around young veterans. Of all the ensembles to arise from the new order, few were as large and fluid as Stoneground, the ten-strong band who featured several stalwarts of the initial '60s San Francisco rock explosion in their ranks. On their self-titled debut album, they embraced a scope of styles reflecting their diverse membership, blending San Francisco rock with blues, soul, and gospel. Their size and eclecticism might have worked against them commercially, however. But then again, Stoneground's origins in the hippie counterculture were almost uncommercial by definition.

Stoneground grew out of a much smaller power trio from the East Bay San Francisco suburb of Concord, featuring guitarist Tim Barnes, drummer Michael Mau, and guitarist Luther Bildt. Barnes had known San Francisco rock impresario Tom Donahue since high school; Donahue, a pioneer of FM radio in the Bay Area in the late 1960s, had been a big part of the local scene since the beginning of the decade, when he was a DJ on the popular Top Forty AM station KYA. He was also co-founder of the first significant San Francisco rock label, Autumn Records, which had a couple of hits in the mid-'60s with the Beau Brummels. At the end of the 1960s, the Beau Brummels, now on Warner Brothers, were breaking up, and lead singer Sal Valentino was in need of a new project.

Warners, Valentino told me in a 1999 interview, "were going to do some sort of a project with me. And it got started, but I didn't stay long enough. Tom came down [to Los Angeles] and brought me back north." Valentino, as well as rhythm and bass guitarist John Blakeley, started to work with the Stoneground trio, which took on no less than four woman singers. Only one of them, Lynne Hughes, had significant recording experience, as the lead singer for the Bay Area band Tongue and Groove (which recorded for Fontana in the late 1960s) and an auxiliary member of sorts of the Charlatans. Annie Sampson had known Valentino as a neighbor of both him and another of the new recruits, Deirdre LaPorte. Both Sampson and Lydia Phillips, the fourth female vocalist, had been in the San Francisco production of Hair. As Sampson remembers, Sal "was like the leader, 'cause Tom had built the band around Sal. Tom was deeply involved with Warners as well."

Warners in turn was deeply involved with financing a documentary of a traveling rock festival of sorts, which eventually ended up as the film Medicine Ball Caravan. Originally the Grateful Dead (also on Warner Brothers) were supposed to be part of the Caravan. But according to Sampson's recollection, Stoneground ended up going instead, and were something of the house band of the project, as the only band to play every concert of the enterprise in America and Europe. Signed to Warners, they recorded an unreleased attempt at a debut album in London with George Harrison in attendance at some of the sessions. "It was a great album," according to Sampson. "But somehow Warners didn't quite like it; they didn't think it was quite what they wanted, or something." In England they did pick up a new member in bassist/keyboardist Pete Sears (who played on Rod Stewart's early-'70s albums), and did the LP released in 1971 as Stoneground at Sunwest Studios in Los Angeles, reprising some of the material from the London sessions. Non-member Ron Nagle, who'd been in one of the very first psychedelic San Francisco bands in the mid-1960s, the Mystery Trend, contributed keyboard, percussion, and (according to the sleeve credits) "inspiration."

If there was any dominant force on Stoneground, it was Valentino. He wrote five of the six original numbers and was the only member to sing lead on more than one track (taking the lead on four cuts altogether, and featuring as a sparring partner on a couple others). Yet those expecting a continuation or expansion of the Beau Brummels' moody folk-rock, in which Valentino occasionally wrote material but usually interpreted the songs of Brummels guitarist Ron Elliott, would come up empty. "Stoneground's stuff is like, it's a different guy," Valentino told me. "It's different songs, different styles. Some people don't think much of it at all, especially people that like my singing at the beginning."

Indeed the record featured no less than seven lead vocalists, with Sampson, Hughes, LaPorte, Phillips, Barnes, and Bildt each taking a turn at the front mike. "Sal was gracious in doing that," praises Sampson. "He would let everybody sing. He wasn't selfish. He spotlighted us all." In keeping with an album that presented so many different voices, the choice of covers was quite eclectic, including the Kinks' "Rainy Day in June," Reverend Gary Davis's "Great Change, Since I've Been Born," John D. Loudermilk's "Bad News" (previously recorded by Johnny Cash), and John Mayall's "Don't Waste My Time." The closing gospel-soul-rock ballad, the Sampson-sung "Brand New Start," was penned by Blakeley and Donahue; Donahue also pitched in by co-producing the record with Valentino.

The result couldn't wholly capture their live persona, which as Sampson puts it was like "a happening on stage," with much dancing and audience participation. And inevitably for a band featuring seven singers, the record encompassed only a portion of the material that Stoneground performed live. Their next release, the double-LP Family Album, caught up on some of the omissions, yet by that time the lineup was already changing. By 1973 only Barnes and Sampson remained from the original group, and Stoneground kept going until 1984, Barnes and Sampson on board all the while. Pete Sears found the most fame of any of the original Stonegrounders as a member of Jefferson Starship. While many of the others faded from the music business, Barnes remains active in Northern California as a guitarist in Mick Martin and the Blues Rockers, as does Sampson, who plays live often and releases solo recordings on her own label.
by Richie Unterberger 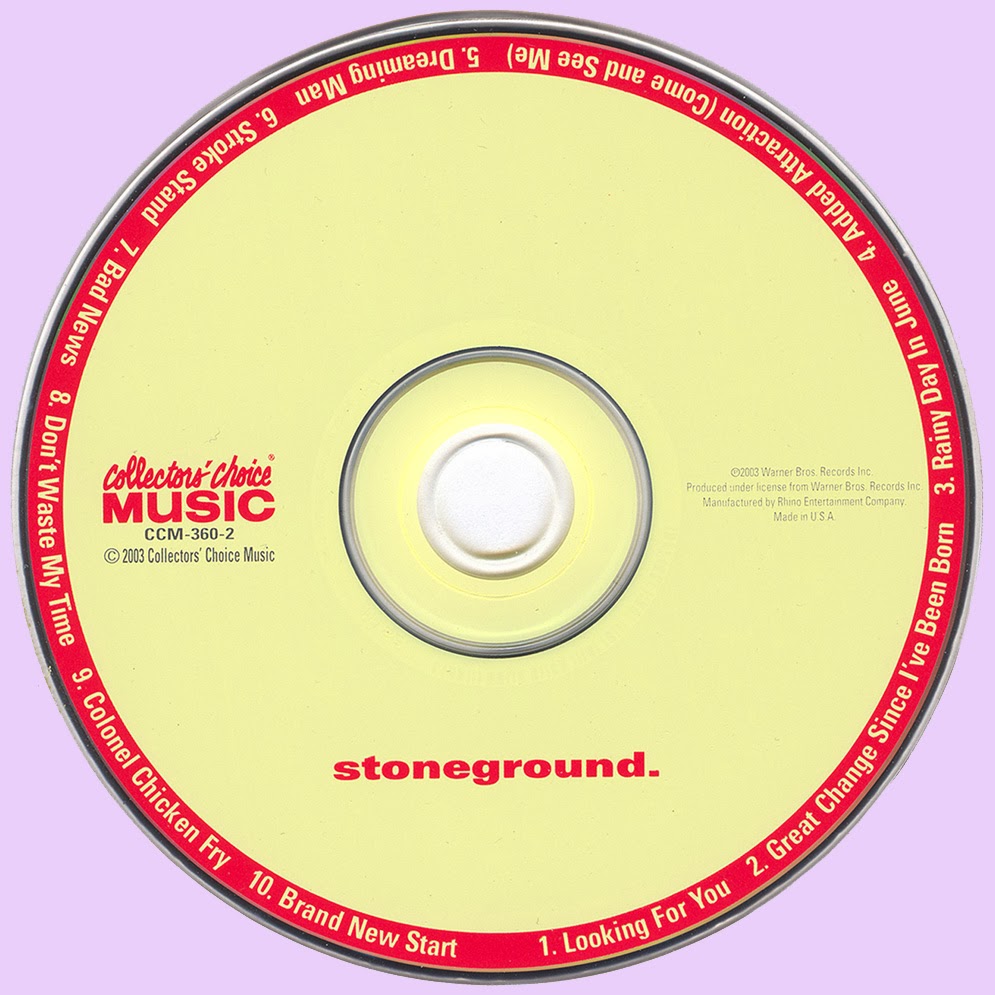 Free Text
Just Paste
Posted by Marios at 11:56 AM 9 comments: