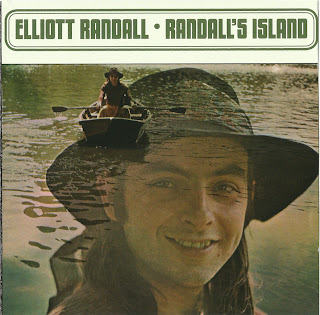 Elliott Randall’s illustrious career has encompassed a wide and varied cross-section of World Musical forms. These include: record production, composition, electronic research and development, lectures and teaching, and of course, a legendary contribution to popular guitar performance and recording.His guitar solos on Steely Dan’s “Reelin’ In The Years” and “Fame” (the motion picture) have entered Rock history annals.

What a strange and interesting crew this was in this debut Randall's Island album! Paul Fleisher and I played together beginning in the early-mid 60′s in NYC niteclubs including Trude Heller’s, The Peppermint Lounge, and The Metropole. He and I co-authored the entire record. I’d known Allen Herman & Bob Piazza for quite a while too – before they joined The Island, they were members of Genya Ravan’s R&B supergroup Ten Wheel Drive. Phillip Namanworth had been playing with Dave Van Ronk & The Hudson Dusters, and brought with him a boogie-thing that was just too contagious! Terry Adams of NRBQ guested on Hammond B-3.

George Andrews handled the string arrangements; he used to lead a big-band in NYC, which was well… quite an education. Through the ranks of this band came Steve Gadd, The Brecker Brothers, David Sanborn, Lou Soloff, Chuck Rainey, and most of the Island crew. (Like I said – an education.) Andy Muson also guested on 2 tracks; killer jazzer, also played with Albert King for a spell before moving on to a hugely successful studio career in LA. Finally, the legendary Eddie Kramer, engineer/producer extraordinaire – for most of the Jimi Hendrix records, as well as Led Zeppelin, Traffic, and a host of others.
Elliott Randall 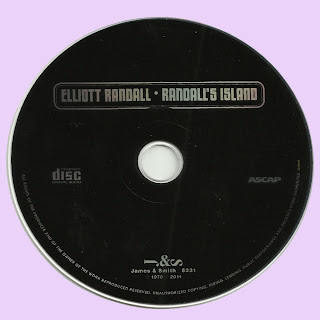 Free Text
the Free Text
Posted by Marios at 8:09 AM 8 comments: