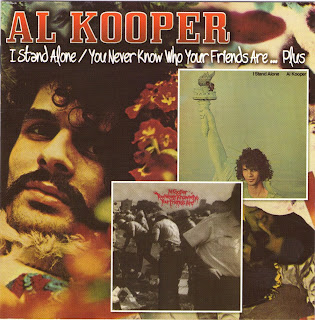 Another in the excellent  reissue, this is a musically sprawling double disc collection of two albums with bonus tracks by keyboard player Kooper who brought his particular genius to Bob Dylan's Like A Rolling Stone single, Dylan's Highway 61, Blonde on Blonde and New Morning albums, and by the Seventies was working as a producer for artists as diverse as The Tubes, Nils Lofgren and Lynyrd Skynyrd.

During his Dylan period in the late Sixties he helped form Blood Sweat and Tears, but also recorded the jamming album Super Session with Stephen Stills and Mike Bloomfield. He played on the Stones' Let It Bleed sessions and with Hendrix for Electric Ladyland, and along the way recorded his own albums.

The two collected here come from '68 and '69 -- and might be a trap for young players: they are "period pieces" we might say.

The first opens with a sound collage of noises, orchestration and jazz bits by Kooper credited to Spooner Oldham, and in other places there are horn sections (in the manner of BS&Tears), a Sgt Pepper's/She's Leaving Home-styled cover of Harry Nilsson's MOR pop ballad One ("is the loneliest number") which Three Dog Night would later turn into a chart-topper . . . as well as Bill Munroe's country classic Blue Moon of Kentucky where he channels Elvis '56.

Oh, and his own psychedelic organ piece Soft Landing on the Moon, barnyard noises, and Isaac Hayes' soul-funk on Toe Hold. Hmmm. You suspect the drugs were just kicking in.

Moments of great beauty too however, notably the string embellished Song and Dance for the Unborn, Frightened Child which once more reinforces how much of an influence the Beatles' trippy Sgt Pepper was having, even a year later in a fast-moving world.

The second disc/album is equally diverse, but you can perhaps add to the influences Brian Wilson/Beach Boys (Lucille), more straight-ahead soul (Norman Whitfield's Too Busy Thinking About My Baby), country-rock pre Elton's Tumbleweed Connection, more Nilsson (Kooper would record a whole album of Nilsson songs) and soul-blues. And more.

The lasting impression is that Kooper was a great sideman (all those Dylan sessions), a real lateral thinker (BS&Tears, the production work) and an ADHD kinda guy when it came to his own albums: too much musical information floating around inside him that couldn't be contained so just came flooding out. 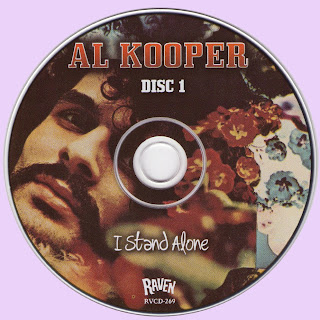 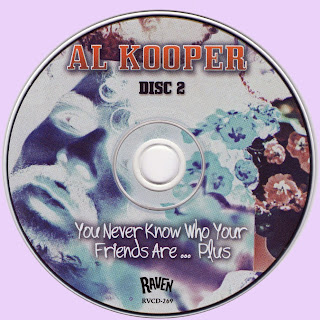