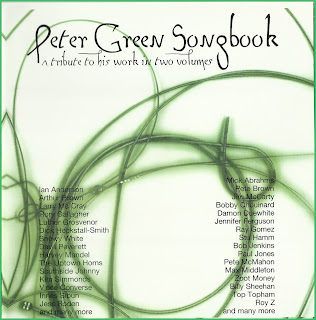 In the almost thirty years since Peter Green first formed Fleetwood Mac, a lot of styles of Music and musicians have come anyone. Yet his talent, both as a guitarist and a songwriter, is such that the participants in these recordings (nearly one hundred singers and players) are drawn from a wide variety of musical backgrounds. His songs were, and remain, immense - intensely personal and widely appealing at the same time.

To have seen him play live was an experience, Rod Price, guitarist with Foghat who plays on three of the project’s tracks (“Love That Burns”, “lf You Be My Baby” and “Baby When The Sun Goes Down*), puts it’s simply yet eloquently. "The first time I saw Peter Green play I had no words for what I had heard. The  power and clarity of that evening has stayed with me through the years. The man was one with the music we know as blues - pure, raw emotion.

I heard the music but, more importantly, I felt his soul." Strong stuff – but it’s not necessary to have seen him live to have been touched by him, bassist Billy Sheehan, mainstay of Mr. Big, has been fan of Peter Green’s for many years and used to perform “Oh Well” with his first band Talas. Here he takes the same track and brings it to 1995 with passion, his feelings? Similarly, guitarist Innes Sibun, curently embarking on a solo career after permong with Robert Plant, never saw Peter Green live, but as a guitarist he didn’t have to.

Peter Green Songbook – a tribute to his work was modeled on the classic Fleetwood Mac in Chicago, completing the circle that started in 1969. All of the Musicians in this project virtually donated their time and talents just to be included, and as a label we wanted to contribute something other than merely manufacturing the CD’s. We decided that it would be most fitting to give something back to the music, therefore a portion of the proceeds from the sale of this double disc will be donated to Willie Dixon’s Blues Heaven Foundation.

The Foundation provides health benefits to Blues Artists in need, contract negotiation and royalty recovery assistance, and administers numerous educational programs for the purpose of accumulating proper recognition for the Art of Blues. We felt that this Foundation would be especially appropriate, considering that when Peter Green and Fleetwood Mac went to Chicago in 1969, the person they sat down with to select the musicians from Chicago, was Willie Dixon.

So it is with this sense of completeness and a feeling of a great pride that we present the Peter Green Songbook - a tribute to his work.
by Jim Kizlowski 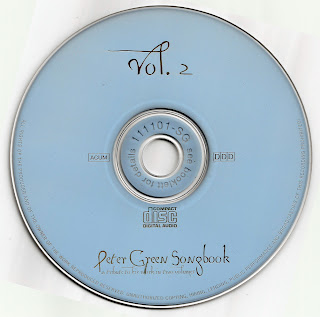