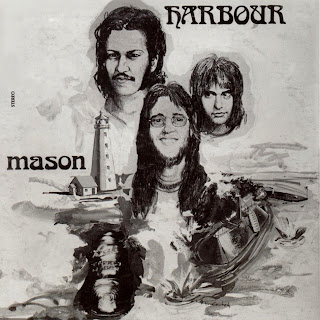 The years 1968-1974 brought about the awakening and evolution of the Tidewater-Chesapeake Bay music scene The ocean front and tidal inlets with their military influences of Norfolk and the commercialism of Virginia Beach tourism brought the money to support a thriving hot bed of live music.

British infusion brought Cream, Hendnx, Traffic, Mountain, and Blind Faith influences and began an evolution from the beach music of the R&B roots. Mason was formed to combine these roots and resulted in a trio of multi talented musicians playing the stages of Peabody's Warehouse and The Dome to Alex Cooley's in Atlanta's Electric Ballroom Especially memorable was the Fan district of Richmond where on any given weekend night.

Mason would be playing across the street from other clubs that were featuring bands headed up by Bruce Hornsby. Bruce Springsteen (Steel Mill), and Lynard Skynard. However. Mason was the only band at this time (1971) to actually have recorded and released an LP. Morgan Hampton played both piano and sang; but his impeccable beat and drive on drums set Mason apart from most of the R&B drummers of this time. Steve Arcese had the vocal uniqueness which drew from his deep roots in classic R&B His virtuosity on the B3 Hammond organ drove walls of sound up and down the East coast.

The combined sounds initially drew five to six hundred listeners each performance in 1969, but by 1973 Mason was performing in concerts to audiences of over 15.000.
CD Liner-Notes 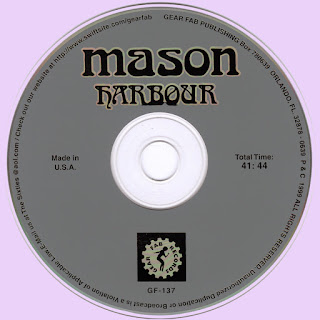 Free Text
Just Paste
Posted by Marios at 7:28 AM 12 comments: