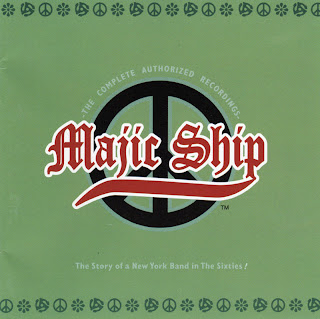 '50s singer Johnny Mann discovered Majic Ship, and the Tokens produced their first single, so it would be logical to assume that the band gravitated toward straight pop, and, in fact, many of their earliest recordings did veer toward a sort of garage-pop hybrid that was, at best, pleasant. One Tokens-produced side, "Green Plant," on the other hand, hinted that the hearts of the members of the band lay in heavy rock grounded in the garage-psych aesthetic. When it came time to record their self-titled debut album in 1969, the music was much more in that vein.

This Gear Fab CD collects all of Majic Ship's official recordings, including early singles and demos, and, as such, stands as the band's definitive document. Majic Ship prominently featured Gus Riozzi's organ and Mike Garrigan's distinctive hard rock holler, and was only a few steps removed from fellow New Yorkers Vanilla Fudge. Like that band, Majic Ship also made use of popular songs by other artists, and although much of the material came from in-house, two of the most interesting songs on the collection are covers of the Bee Gees' "To Love Somebody" and a medley of Neil Young's "Down by the River" and Stephen Stills' "For What It's Worth." The real starting point on the CD is "It's Over." It is here that the band began to display the heavy, nearly over-the-top rock sound that would characterize their only album.

The music verges on bombast (and occasionally falls into it) but on the whole is held in check by the band's pumped-up energy. "Sioux City Blues" is a pure punker in the "Green Plant" mold, with buzzsaw fuzz guitars and shouted vocals, while "Life's Lonely Road" and "Free" are superb hard rockers. The band also show a prevalent soul influence on songs such as "On the Edge" and "And When It's Over," spicing up the usual heaviness with some brass touches and a Rascals-like straightforwardness. The band even uncovers the soul inflections in "To Love Somebody." The brightest spot on the album, though, is the epic take on "Down by the River." They invest the song with a power that only begins to peter out around the nine-minute mark when it morphs into "For What It's Worth."
by Stanton Swihart 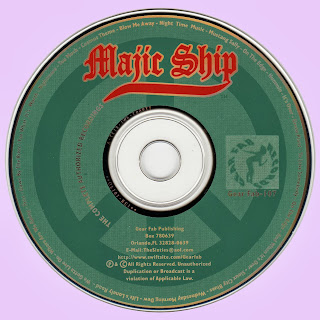