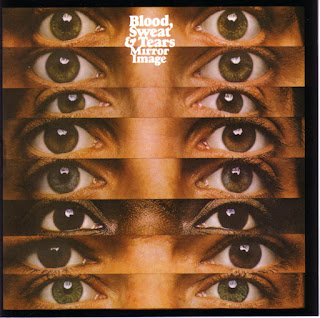 In March and April 1974 the band spend most of the time in the studio for their forthcoming album and in July, "Mirror Image" is released. A song called,"Tell Me That I'm Wrong" is released as a single but only reaches #83. The album flops at #149. Jerry LaCroix didn't feel comfortable within the band, and he couldn't' handle Bobby Colomby.

Basically he didn't care for Blood, Sweat and Tears style and he did not like to share lead vocal duties. He was more interested in his solo album "The Second Coming", that he recently had recorded. He once said that one of the reasons for him to join was that they ware going on a world tour and he hadn't seen the world. While they were in Australia he decided to quit.

When they came back, he left the group after a gig in Central Park. Luther Kent, a blues singer from New Orleans was recruited as a new leadsinger, together with Jerry Fisher. Luther Kent had been singing with The Greek Fountains, a busy, popular band in demand regionally, then criss-crossed America with his own, 9-piece r&b band, "Blues, Inc". His voice could be described as powerful, rough and whiskey-drenched. Blood, Sweat and Tears never did any recordings with Luther Kent, who eventually quit to form "Trick Bag" with guitarist Charlie Brent.

Mirror Image is a  pleasant album with catchy jazzy tunes, a late night friend who will give you generously, few moments to escape... 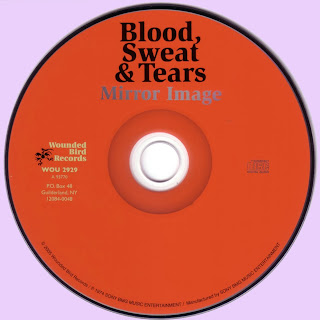 Free Text
Text Host
Posted by Marios at 6:54 AM 5 comments: