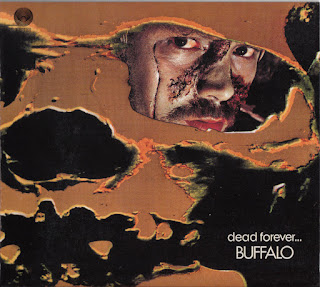 I remember when I first bought this album. It would have been around 1974 or '75 on my first visit to Sydney's famous Ashwoods Records in Pitt Street (RIP). Being a poor high school student, the idea of cheap second-hand albums was cool beyond words! For about $2-3 each I scored Slade "Slayed", "Black Sabbath Vol 4" and, of course, Buffalo’s debut LP "Dead Forever".

I remember thinking the cover was very evil ..and that these guys were proberly worshippers of some sick Satanic cult! There's even a photo on the inside gate- fold of the band (complete with Amps and P.A) playing a gig in a graveyard. Having said that, I'm sure the boys had good religious beliefs (while still enjoying the indulgences of non-prescription medications and having “relations" with young ladies to whom they were not married)

Now, over 30 years later, Aztec Music has reissued this proto-stoner gem. This is a great crunching 1972 heavy rock album which still wipes the floor with its contemporaries. The interesting thing about this line-up of Buffalo is that the band had two lead vocalists, however this was not uncommon for the time (think the Mamas and the Pappas, Blood Sweat and Tears and the aura of the Beatles, which was still lurking around).

The opening track “Leader” kicks off very doomily, with a droning acoustic guitar and vocals before building into a frantic heavy metal ending! “You...yes YOU are the Leader”. Very way out (man).

"Suzi Sunshine" was an early hit single for the band is a great piece of heavy melodic rock with some neat slide guitar from John Baxter. Two cover versions follow, Blues Images’ "Pay My Dues" (which shows the band's early progressive hippy roots) and a 10-minute version of Free's "I’m a Mover" which starts off faithful to the original but quickly builds into some manic jamming rivalling the Stooges and The MC5 ! I can imagine this track hitting the 30 minute mark in a live setting.

A few of the tracks following this have a distinctively heavy, progressive "San Francisco-meets-Quicksilver-Messenger-Service" vibe before returning with some powerful riff-o-mania rockin' on the five-minute title track, which again shows Buffalo's ability to do some great jamming (no doubt picked up from playing countless shows around the Sydney Town hall dances and nightclub scene)

Bonus tracks include some early 7" inch cover version B-sides which more than anything display the bands early high energy rhythm and blues/rock 'n' roll roots. Also included is an ultra rare early pre–Buffalo 1971 single by the band Head (featuring three members of Buffalo in Tice, Baxter and Wells) which reminds me of Eric Burdon and The Animals or early Cream

As with all Aztec releases this re-release comes a great 22 page colour booklet featuring some jaw-dropping early photos, gig posters and magazine adverts. The early photo of Dave Tice and Pete Wells in 1967 looking very Carnaby Street is worth the cost of the album alone.
by Steve Danno-Lorkin 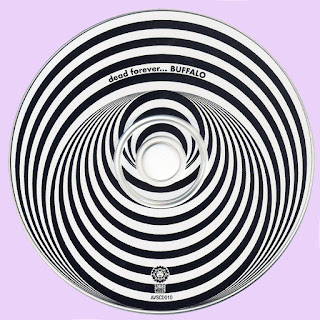 Free Text
Text Host
Posted by Marios at 5:22 AM 5 comments: