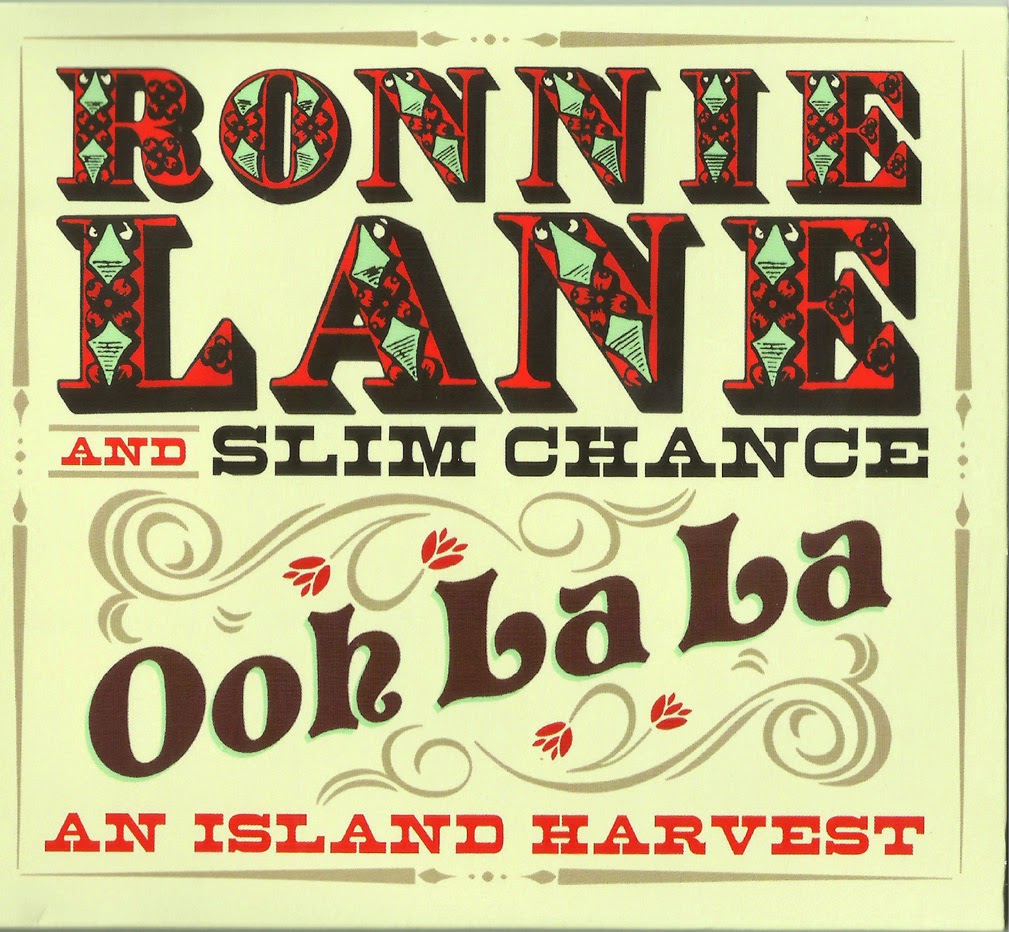 The story goes that Ronnie Lane’s Slim Chance were formed after he walked into a bar after the last ever Faces show in June of 73 and shouted at Marc Bolan asking if he had an opening for an unemployed bass player.  Bolan did not take him up on the offer and he retreated to his farm in Wales to begin putting together a new band called Slim Chance. The sound was mainly acoustic driven over flowing with warmth and quality and revealed the heart and soul of one of Britain’s most under rated songwriters. During his time with The Faces, Lane’s talents shone with songs he penned like ‘Just For A Moment’, Ooh La La and ‘Debris’.

Eschewing the rock sound of his era, Lane created a personal organic sound, propelled by melody and mandolins, violins and squeeze boxes, the sound that conjures up the sun at dawn and the beauty of the fading afternoon horizon.

Lane would record four solo albums with Slim Chance plus albums with Ronnie Wood, Mahoney’s Last Stand & Pete Townshend Rough Mix. In 1976 he briefly joined a re-formed Small Faces but quit after two weeks and again teamed up with Steve Marriott in 1981 to cut an album called the Magic Mijits album.

Contracting MS in 1982, he kept going and in a massive showing of affection by his musical contemporaries a benefit show for MS charity was put together featuring Eric Clapton, Pete Townshend, Steve Winwood, Jimmy Page, Charlie Watts, and Andy Fairweather Low and raised millions for the charity.

Ooh La La: An Island Harvest looks at Ronnie and Slim Chance’s time with Island Records where Ronnie released two albums – Ronnie Lane’s Slim Chance and One for The Road.  This collection features highlights from those albums as well as covers of classic tracks delivered in the inimitable “Plonk” style.  Tracks such as ‘Tin and Tambourine’ , ‘One For the Road’ and ‘Burnin’ Summer’ showcase Ronnie’s beautiful melodies and imaginative lyrics.

It is easy to see why Lane was and still is admired by so many.  The collection also unearths some previously unreleased alternate takes of classic Ronnie compositions such as Ooh La La, The Poacher  and Anniversary.  Also included is the BBC concert Ronnie performed in 1974 which features Faces classics as well as a rip roaring version of How Come and a cover of Gallagher and Lyle’s I Believe In You who were part of the original Slim chance line up and incidentally perform alongside Ronnie at this concert. 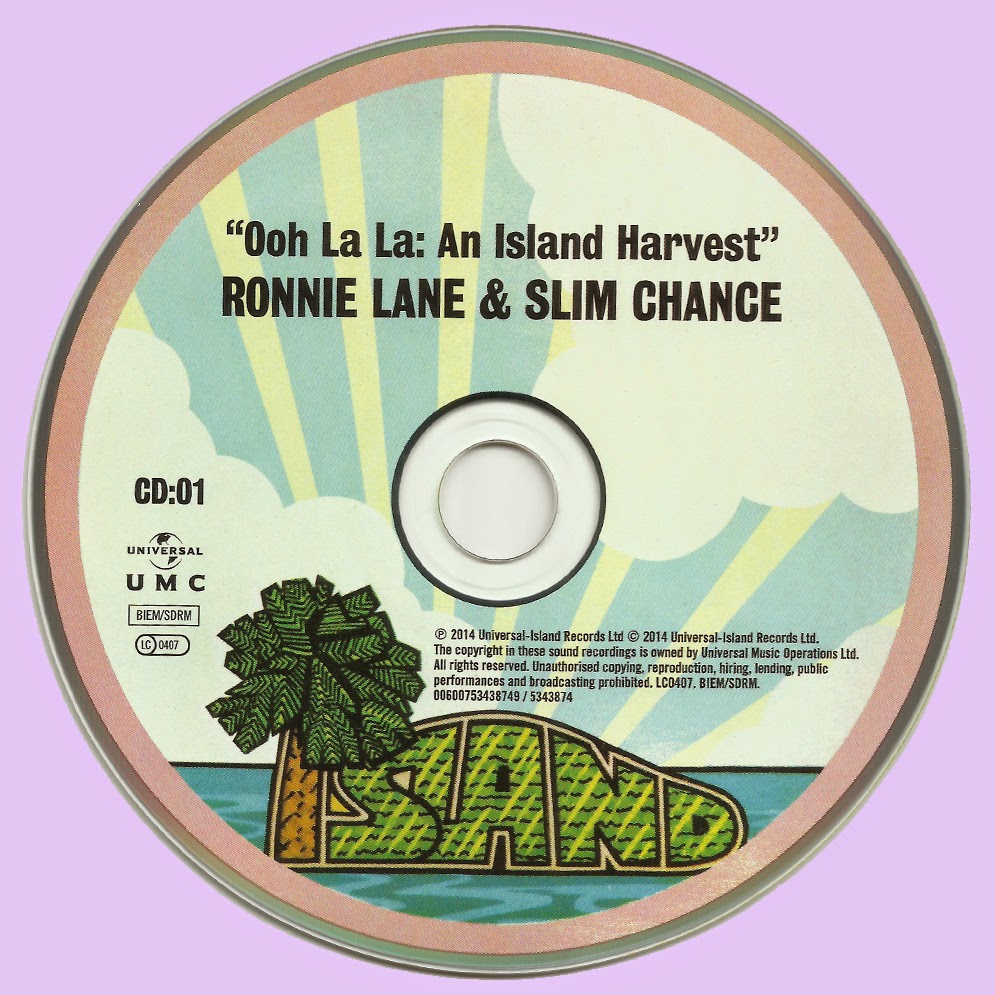 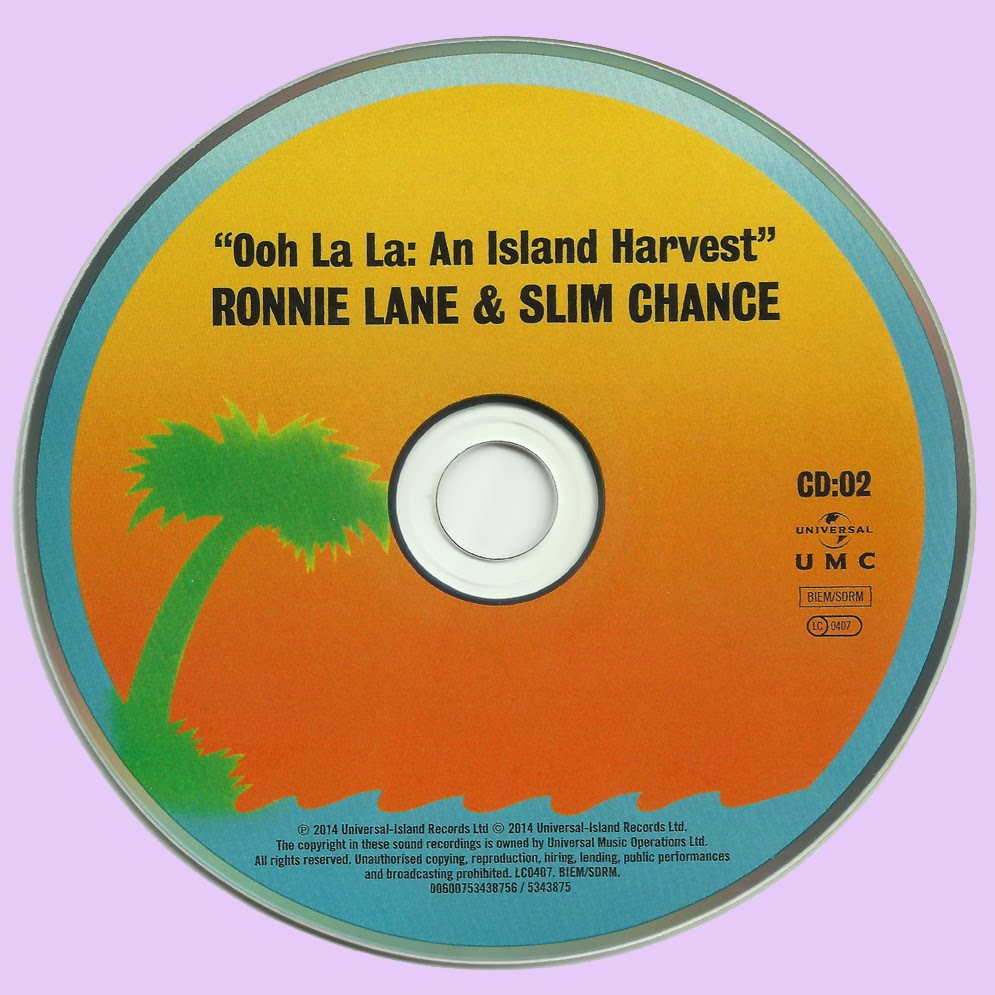 Free Text
Text Host
Posted by Marios at 8:19 AM 21 comments: