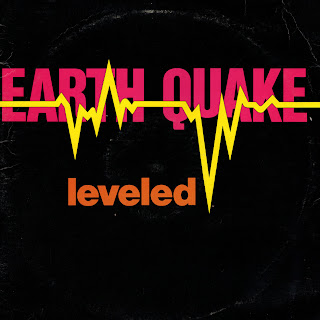 Earthquake's 5th effort "Leveled' is one of their best, this record features some nice originals ("Lovin' Cup" and especially, "Upstairs") and a solid version of Mann & Weil's "Kicks." 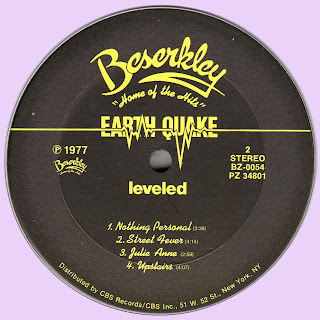 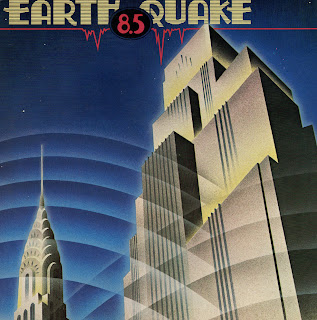 Earth Quake started out as part of the mid-'60s band scene in San Francisco, where - originally known as Purple Earthquake -- they were more than a little bit unusual.

Having recorded a pair of early-1970s albums for A&M, 1976's Kaufman and Glen Kolotkin produced "8.5" was the group's sophomore release for Beserkley.  The album gets off to a roaring start with the heavy metal 'Finders Keepers'.

Powered by Doukas voice, most of the up tempo tracks are actually pretty good. "8.5" is not a bad record and the single "Hit the Floor" would have sounded good on the radio, if only it had been given a chance. Also, the Dennis Linde cover is quite nice. 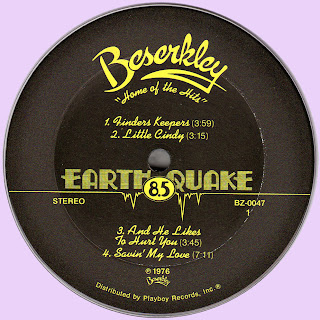 Free Text
Text Host
Posted by Marios at 1:48 AM 15 comments: