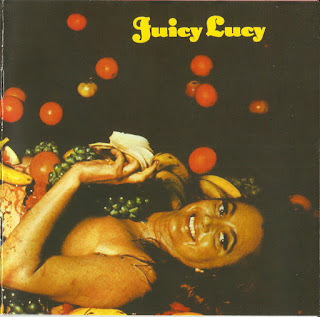 Back a ways there was one album that just about every 14 year old wanted – not for the music, they used to steal the cover alone from the local record shop. The image of Zelda Plum on the cover clad only in fruits was more than most teenagers could stand. If they had released the cover as a poster it would probably have been a million seller but as it was the album still made the top forty.

Juicy Lucy were formed after garage band The Misunderstood broke up and they brought a combination of Blues, Garage/punk and straight out Raunch together and it is simply brilliant even by today’s standards.

‘Mississippi Woman’ is a Louisiana swamp groove  raw vocals it is only a taster for the monstrous version of Bo Diddley’s ‘Who Do You Love’ which was a single hit but sounds ten times better as an album track with original vocalist Ray Owen’s gravel and sneer and Glen-Ross Campbell’s screaming slide producing a mesmerising morass of sound. ‘Just One Time’ is very deep and dense, very Gris Gris and ‘Train’ is simply a brilliant and mature jazz/Blues while ‘Nadine’ harks right back to the garage credentials of The Misunderstood.
by Andy Snipper 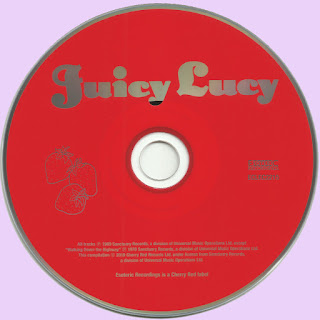 Free Text
Text Host
Posted by Marios at 5:27 AM 2 comments: