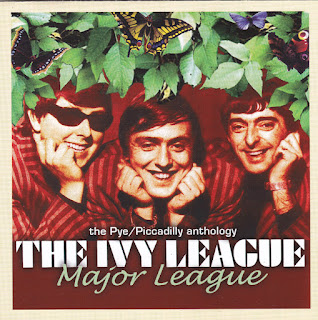 John Carter and Ken Lewis writing songs all together in high school in Birmingham. Early 60 's they point Carter-Lewis & the Southerners, in which, among other things, Jimmy Page (Led Zeppelin) plays lead guitar .In 1964 they form together with Perry Ford the Ivy League. The Group provides backing vocals on "I can't explain" by The Who. The second Ivy League single "Funny how love can be" in the spring of 1965 is a hit (# 8 in UK), followed by "Tossing & Turning" (# 3 in UK). After that it's success quickly waning. Beginning 1966 decision John Carter to start laying back on song writing and leaves the group. He still writes the single "My world fell down" for The Ivy League, later covered by among other things The Sagittarius and the Dutch group Vicky and the Roundhouse, well known as the brother of The Buffoons.
Carter's place in The Ivy league is occupied by Tony Burrows from The Kestrels. The trio still floundering a year, but then also likes Ken Lewis . He is replaced by Neil Landon. Along with Carter Lewis on the studio project addresses The Flowerpot Men. This produces in the summer of 1967 the hit "Let's go to San Francisco" on. Carter and Lewis, however, have no meaning more to like with The Ivy League to go on tour. There is a group of hastily assembled including Neil Landon and Tony Burrows from The Ivy League.
Perry Ford goes a number of years by with other singers under the name The Ivy League, but the mid 1970s he throws in the towel. In 1999, Ford on 58-year-old age to death. Lewis suffers diabetes for many years, he passed away on 2015 in Staffordshire England.
The Ivy League continued to perform, although none of the three members of the band, Jon Brennan (vocals and bass guitar), David Buckley (vocals and drums) and Michael Brice (vocals and lead guitar), are from the original 1960s line-up. Robert Macleod joined in 1968-69 but had immigration problems similar to those that befell the Bee Gees and had to leave the country. Buckley joined the band in the late 1960s with Perry Ford still involved in the group. Brennan then later joined Buckley, and with Ford's blessing, kept the Ivy League going through the 1970s and beyond. Having worked with the Ivy League on several occasions throughout the 1960s and 1970s, Brice joined the band permanently in 1990 replacing Les Litwinenko-Jones who had previously played with Ian Kewley in Samson. 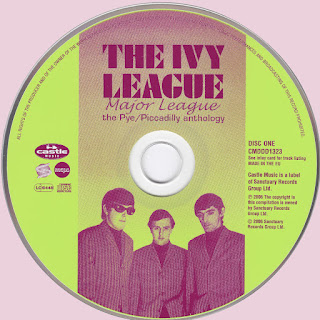 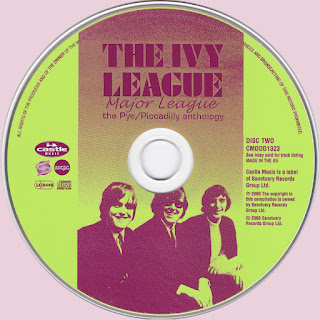