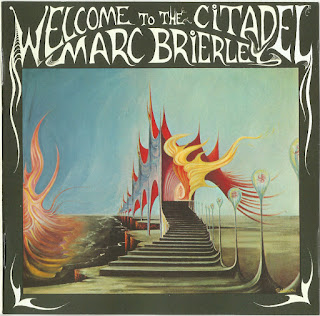 Life is lived in phases and periods. This CD package contains approximately three of the phases of my period as a recording and performing singer /songwriter, which spanned from 1965 to 1973...

By the autumn of 1965, I had the beginnings of some personal songs which Austin John Marshall, music producer, film maker, graphic artist and husband of folk legend, Shirley Collins, felt were worth putting in front of Nat Joseph, the founder of Transatlantic Records and the guiding force of many aspects of the early 1960s British Folk/Blues revival.

Nat thought I had talent worth developing, and after two or three months of weekly live auditions of new material at his office, he suggested we record an initial F.P. Time For Love', 'Dragonfly', 'Arctic City', 'Rel's Song' and 'If You Leave Me Now' are the five tracks that resulted from that recording, which was carried out in a single live solo session in a large, bare room - not a studio - somewhere near Oxford Street, London, in June 1966.

Within months of completing this, however, my ears were ringing afresh with a whole raft of sounds from West Coast USA, brought to me by my friend Robin Lent. Lovin' Spoonful, Jefferson Airplane, Mamas and Papas, Grateful Dead, Mothers Of Invention, to name the essentials, had the effect of reorienting all aspects of my psyche, from more than the mere musical perspective.

Welcome To The Citadel was written, then, at a time when Flower Power, paisley patterns in the sky, golden haired girls tripping through sunlit cornfields, was the standard state of every day wakefulnes — or so it seemed. There was also a strong undercurrent of spiritual awakening in the air, which became muddled with drug culture, mythology and - yes — the works of J.R.R. Tolkien.

Thus, we have 'The Answer Is', a Zen/transcendental/Sufi sort of expression; 'Matchbox Men', a directly Tolkien-inspired fiction; 'Sunlight Sleepers* Song', Shakespeare's Puck, Peas Blossom "whispering soft, is love her name?" in the summer night's dream, or Ariel among the sights and sounds of the Tempest's enchanted isle.

And 'Welcome To The Citadel' itself, an epiphany of first experiences of altered consciousness. "Hand in hand we sat upon the docks to watch the tide come in..." - the embarkation on this first journey into the mind as flickering perceptions in the candlelight flood in and envelop us. Signals in silent assent — "communications tower" — speech as the means of thought transfer, no longer necessary.

Other  songs they were more self referral, in the way that Altman made movies about the movie industry. For , example, 'Autograph Of Time' is about the song writer and song writing under pressure {autograph of time = time signature), hence "the chorus well thought out, the line must alter...". I was constantly being pressurized to "write something more commercial". If only! "Even sacred pens must have to falter."

But even in the penury of writing and waiting through the winter of 1967/8, with a stream of failed promises about pending record deals or gigs, "Time itself is fun, you reply." And so we move on in time — skipping the beat where Hello, my second album recorded for CBS in 1969, should come  and picking up a couple of years later \n I had decamped to the fine City of Birmingham, home of some great musicians and bands, and some great friends. 'Don't Let The Bugs Bite' was demoed in London with my friend, multi-instrumentalist and vocalist, Billy Butler in a basement studio.

The remaining four songs on this set are part of a collection of previously unreleased material by Brierley Cross, written between 1970 and 1973 and / performed with my lifetime friend, maestro guitarist / Steve Cross. We rehearsed standing in front of our microphone "tree" in my living room, recording • into the Revox and playing it back at volume all throughout the long hot summer, with the windows  wide open onto the street below, until one day, the neighbours complained. These are the recordings, so if they seem a bit rough, blame the neighbours.
by Marc Brierley

The Transatlantic EP is the most dark and stripped-down of all the material on this collection, featuring just Marc Brierley's voice and an acoustic guitar. At times he sounds a bit like Jackson C. Frank, an artist with whom Brierley might very well have been familiar. Donovan's early recordings must have been a big influence as well. The EP is very much in the vein of the Transatlantic label's more well-known releases by the likes of Bert Jansch and includes Brierley's only instrumental guitar piece.

Two years after the release of his EP, Brierley's music had begun to drift in a pretty different direction. From the first song "The Answer Is," Welcome To The Citadel has a much lighter feeling. Brierley still sings and plays an acoustic guitar and is accompanied on the album by a full band, including a drummer and a bass player. Many of the songs are augmented by trumpet, violin or cello. The songs are a little more sophisticated and Brierley seems to have discovered his own voice as a writer and as a singer. His vocals have a lot more range, and on the reverby "Symphony" and the closing track "Thoughts And Sounds" he sounds a lot like Tim Buckley circa Goodbye And Hello. Lyrically, Brierley's penchant for absurdity becomes a bit more apparent on Welcome To The Citadel, with track titles like "Hold On, Hold On, The Garden Sure Looks Good Spread On The Floor."
by Rob Hatch-Miller 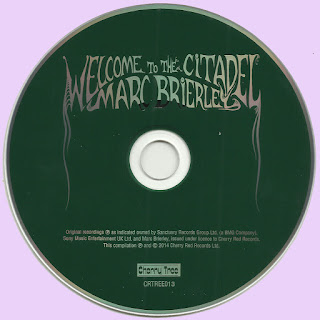 Free Text
the Free Text
Posted by Marios at 5:34 AM 3 comments: