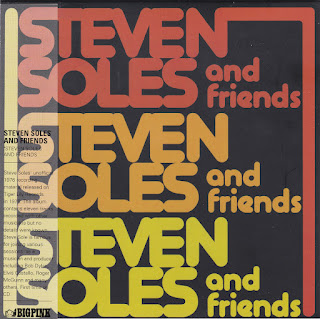 Singer/guitarist J. Steve Soles had been a member of Jeff Barry's stable of mid-'70s songwriters working with a broad array of acts ranging from The Archies to Dusty Springfield.  He and keyboard player Ned Albright had placed a pair of songs on The Monkees' final studio album - 1970's "Changes".
In the early '70s the two were members of the New York based band Tidbits which attracted the attention of Artie Ripp.  Ripp signed them to his short-lived Family Records.  Released in 1973, "Greetings from Jamaica" found Soles and Albright fronting a true band showcasing the talents of drummer Tali Jackson, and bass player David Kapell.  Self-produced, the album was interesting if for no other reason than Soles and company were groundbreakers, being one of the first American bands I know of to record an album in Jamaica (Kingston's Dynamic Sound Studios).
The funny thing is even though the recorded the album with Carlton Lee engineering and help from various local musicians, with the exceptions of 'My Friend Maude' and 'Jamaican Sunset' reggae influences were far and few between.   So if there wasn't much reggae, what was on this one?  Well, the answer was a relative straightforward and quite impressive collection of English inspired pop and rock material.  Largely penned by Soles and Albright (Soles then-wife/actress P.J. Soles co-wrote two tracks), selections such as 'Carol' and 'It's a Come On' were full of Badfinger, Emitt Rhodes, and Paul McCartney influences.
And here's where it got weird.  In 1976 Morris Levy's infamous Tiger Lily Records reissued the album as a Soles product - "Steve Soles and Friends".  The cover art was different, but the album featured the same eleven songs in the same track order as the 1973 Tidbits LP.
Bad-Cat 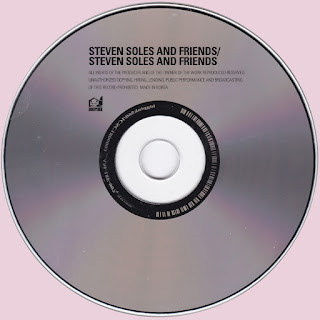