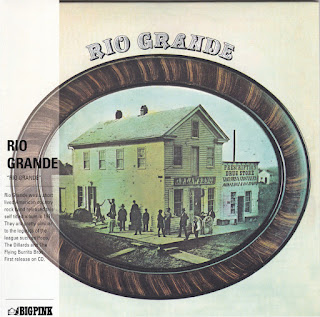 Mouse And The Traps were one among the many groups that recorded at Tyler’s famous Robin Hood Studios during the sixties and early seventies. The musicians in the band were all schoolmates from Tyler. The original group consisted of Ronny “Mouse” Weiss (lead vocals and guitar), David Stanley (bass), Bugs Henderson (guitar), Don “Levi” Garrett (drums) and Jerry Howell (keyboards). Fifteen-year-old Ken “Nardo” Murray replaced Garrett on drums after the group’s second song was recorded. Bob Delk and Tim Gillespie, respectively, later replaced Howell on organ. When the band’s early records began getting airplay nationally, they started touring throughout North Texas, Louisiana, Arkansas, Tennessee and Ohio. They played on college campuses, in nightclubs, and at several outdoor concert festivals during that period. After they were signed by Fraternity Records in Cincinnati, Ohio, the band was soon making appearances on the various television dance shows that became popular during the late sixties.
“Almost every market had some kind of local dance show. In Dallas, it was ‘Sumpn’ Else,’ hosted by Ron Chapman, who was one of the most popular radio deejays in Dallas at the time.  In Houston, it was ‘The Larry Kane Show.’ In Cleveland it was a show called ‘Upbeat,’ first seen on the ABC affiliate WEWS-TV5 and later syndicated nationwide,” recalls Ronny Weiss—the musician known as “Mouse” who was the leader of band. “All of those shows took their cue from a show in Philadelphia that was originally called ‘Bandstand’ when it started in 1952. Dick Clark took over as host in 1957 and the show’s name was changed to ‘American Bandstand’ when it was picked up nationally.”
Mouse and the Traps was known for their catalog of original music, including their first early 1966 hit, “A Public Execution.” It was a two-track recording, made when multi-track recording was in its infancy. With music by Ronny “Mouse” Weiss and lyrics by Knox Henderson, “A Public Execution” immediately received comparisons to Bob Dylan, particularly for the opening guitar/organ riff reminiscent of the beginning of Dylan’s 1965 hit “Like a Rolling Stone.” A strong regional hit, “A Public Execution” would eventually reach 121 on the national Billboard charts.
The group had a good run from 1965 until 1971, releasing a new recording about every six months. “We never really broke up,” says drummer Ken “Nardo” Murray, “We just ran out of gigs.” For several years, the band members took whatever jobs they could get playing. In the early seventies, the band played under the name Rio Grande for an album produced by Dale Hawkins on the RCA Records label.
Rio Grande, was a genuine country rock band. Supplemented with bassist Tom Russell and pedal steel player Bobby Tuttle record their debut LP for RCA at the local studio in Tyler, Rio Grande. When released in '71, the self-titled Rio Grande it was completely overlooked.  Songs like 'Sue Ann', 'So Good Te Be Free', 'Before My Time', 'Dog Song' are wonderful because of the harmonies and the waving pedal. steal. The swamp rocker 'Nice And Easy' also shines through the fantastic bottlleneck guitar of Ronnie Weiss – and thereby lifts Rio Grande to a higher level, even if that fell on deaf ears in 1971.
by Robert Marlin 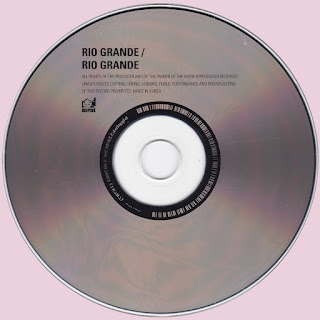