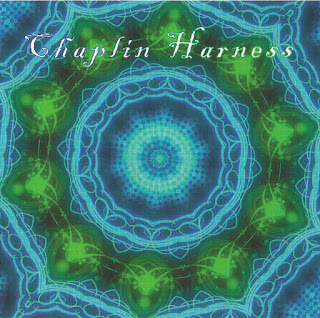 My first memory of the Chaplin Harness legend was from about ten years ago. I had a collector friend from overseas ask me if it was possible to obtain a copy of the test pressing. Not aware of what it was, I was intrigued. He explained to me that it was a "local" band who had made a psychy, funky album in 1969 that was never released except in a few test pressings. Word spreads fast in the vinyl collector world! I checked with a few friends and they had heard of it but no one had a copy.

Time passed and I forgot about it until two years ago when another friend Dan told me about the band and sent me a CD. On my first listen, I knew I had to release this on the Void label. I loved the LP! It was psychy, funky, bluesy, and even a bit progressive as well. Dan also put me in touch with the main man in the band, Philly jazz legend Rick lannaconne. Rick has played all over the world with some of the legends of the genre. While he was with Chaplin Harness in the late 60's, the band played frequently with all of Todd Rundgren's Philly area bands- Woody's Truckstop, The Nazz as well as opening for many big bands as they passed through town.

Musically, the album has a wide range of delights to offer. I have to say that I love Ray Bozarth's vocals, bluesy and powerful. Sadly, Ray left this world about 30 years ago. The big song on the album “Dit Dewey Man”, also released as a 45, has a great funky feel to it. The band had a gift for the hook and the riff for sure. Another killer is "Walk On Mister" which the listener can easily picture the Free performing. Then the bouncy "High On A Happy" with an infectious melody that you find yourself humming hours later. "3/4 Plaything" is a progressive freak jazz jam and "Sure Am Sorry" is a moody drug related (?) classic as well. Many other cuts are here; you choose your own classic upon listening.

I wish to thank Dan Balcer for his help, as well as Rick lannaconne and the rest of the band. Also on a personal note my daughter Jenn designed the cover art, way to go Jen! Put the album on, turn up the volume, sit back and get "High On A Happy"
by Brian Hulitt, 2009 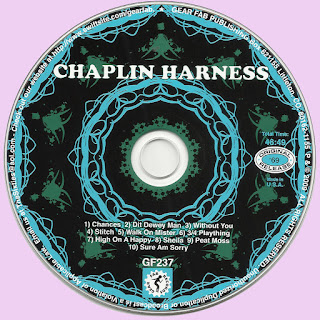 Free Text
Text Host
Posted by Marios at 4:57 AM 2 comments: