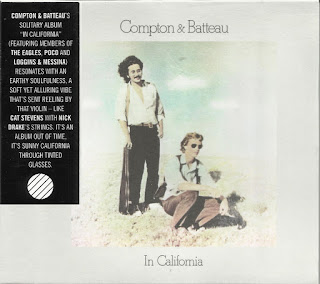 In the beginning there was “Yesterday.”

Then “Eleanor Rigby” came to pass. And just about every teenager (James Osterberg, aka Iggy Pop excepted) wanted to play acoustic guitar, sing important introspective songs, and color those important introspective songs with flutes, oboes, a violin or cello, harpsichords, a bongo or two, gentle harmony voices, perhaps a sitar, bird sounds, and anything else that sounded exotic, classical, jazzy, or mind expanding.

And, oddly enough, some of the albums weren’t too bad. Cambridge–based Appaloosa released its album on big time Columbia Records. The album, which is fundamentally folk music, gets jazzy and classical and had that important Baroque feel in its grooves. But it died a death for the same reason hyphenating last names in marriage always fails: You know, a Smith marries a Jones and becomes Smith-Jones who in turn marries Johnson-Franklin who in turn becomes a Smith-Jones-Johnson-Franklin who then marries someone else who brings four other hyphenated names into the last name equation. After a while, it’s just not worth the bother while trying to fill out a tax form.

There just wasn’t a space in the average record store for a section given to albums under the convoluted category of rock-classical-jazz-baroque-folk-singer songwriter-avant-garde, and pop music. I actually bought Appaloosa’s vinyl debut in the great equalizer of the music industry known as the cut out bin, the record equivalent of Purgatory where all unpopular music waits to be someday rescued from obscurity. Now, I’m not particularly religious, but I am happy to this day for coughing up pocket change for the record. It’s really a classic of its day whose only crime was it just didn’t fit anywhere. Do seek it out.

Thankfully, John Parker Compton (guitar, vocals) and Robin Batteau (violin) ditched the others, dropped a hyphen or two, exchanged coasts, and enlisted such talents as Jim Messina, Randy Meisner, and Rusty Young to cut In California in 1970. This one leaves some of the Baroque stuff back in Cambridge. The first song “Laughter Turns to Blue” is a template for the album. It’s a beautiful acoustic song. There’s a bit of Dylan, Simon and Garfunkel, Brewer and Shipley, Kenny Loggins, and Allan Taylor, of the English folk scene. “Silk and Steel” with its accenting violin, matches the beauty and loneliness of any song of that era. “Honeysuckle” gets funky and sounds quite a bit like “New Mother Nature” by Canada’s Guess Who (a forgotten band I always try to champion).

But there’s a problem: On the promo, the next song is listed as “Narration.” It lasts a few seconds and is the strummed intro to the final song “California.” Odd. In fact, two other songs are titled “Narration” and each plays a few seconds of that final track, which incidentally, does have some opening narration. Bandcamp also lists these “songs” on this reissue. I checked the always reliable site What Frank Is Listening To only to find, on his original vinyl, those “narration” songs don’t exist. The same is true for the equally reliable site All Music. Now, those tiny bits don’t ruin the album, but they don’t seem to have any point. They certainly don’t add anything.

And that’s a shame because this is a nice folk album. Sure, it’s a record very much of its time, but I really liked that time; and there is so much retro-sounding stuff today that pays homage to the free vibe of the 70’s, it only figures that this re-issue is well-timed.

There are many more nice songs. “Elevation” is bare and confessional. It’s the distant older cousin of Jim Croce’s signature sound. “Homesick Kid” mines the same “Kentucky Hills” sound and adds a great bit of piano and dramatic violin. “Proposition” is timeless stuff. This music is what would one day be known as soft rock, when it still possessed some dignity. Of course, that style would later morph into radio friendly hits like Bread’s “Baby I’m-a Want You,” Eric Carman’s “All By Myself,” Dan Hill’s “Sometimes When We Touch,” and anything by Phil Collins or The Eagles that took the “fire and rain” out of the guts of the music.

The final song “California” (the one with the actual narration which includes the recorded pleas of porpoises complaining about one of their own being captured!) conjures the enlightened ecological concerns of the times as well as the sound of the great Gordon Lightfoot. Yeah, I love Gord. And that just about completes the circle. Like I said, this record is very much of its time. And what a time it was. Music was still purely an audio experience. It wasn’t mobile and interchangeable with everything else in life. It was as important as water.  Sure, I am glad that Iggy Pop never succumbed to the acoustic introspective craze, but I’m equally happy that Compton and Batteau recorded this sublime bit of west coast folk rock, when the folk stuff still had the moxie that allows it to wear its age well, even after all these years.
by Bill Golembeski, 18 July 2017 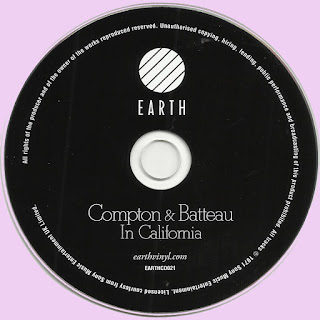 Free Text
Text Host
Posted by Marios at 10:14 AM 4 comments: